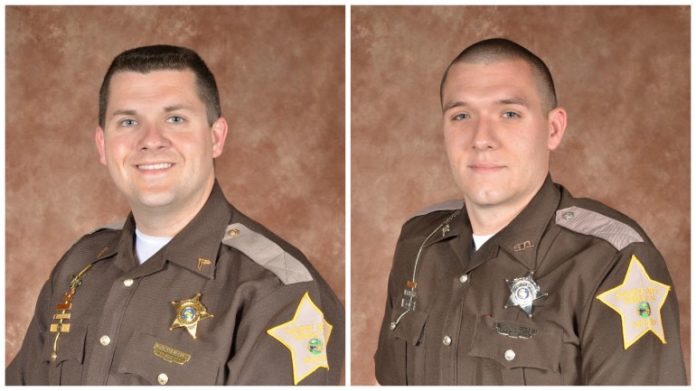 KOKOMO, Ind. (AP) — A Howard County sheriff’s deputy injured in a shootout in which another officer was fatally wounded is back on the job.

Buckley was shot in the upper thigh while serving an arrest warrant in Russiaville on March 20. He was released from an Indianapolis hospital the following day.

Deputy Carl Koontz died following the shootout inside a mobile home. Also killed was 25-year-old gunman suspect Evan T. Dorsey, who was wanted on a warrant out of neighboring Clinton County for failing to appear for a court hearing on a charge of possessing a syringe.