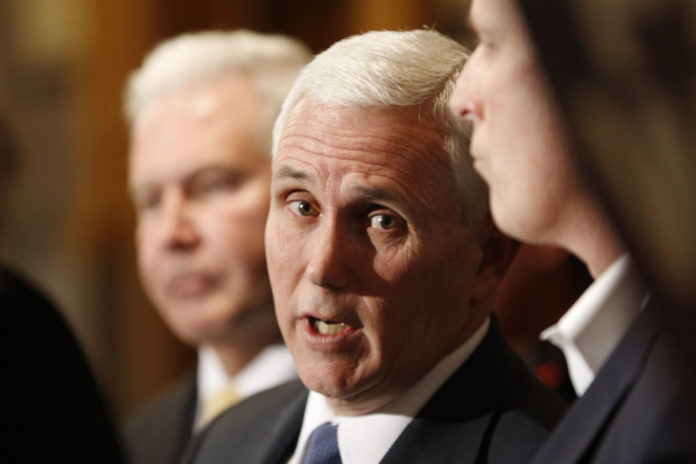 Indiana Gov. Mike Pence is spending much of Thursday, May 12, in the Michiana area.

Pence spoke at the RV Industry Power Breakfast at the RV/MH Hall of Fame in Elkhart at 7 a.m. Thursday. You can see his speech below starting at 36:16.

He’s scheduled to join Grand Design RV in Middlebury at 10:45 a.m. as the company breaks ground on its new expansion. Grand Design RV is expected to create up to 100 new jobs in Elkhart County with the expansion. The groundbreaking ceremony is private.

Pence will then make a stop in South Bend at noon for the groundbreaking of the Renaissance District project, one of the five featured projects submitted as part of the Regional Cities Initiative.

The first phase of the Renaissance District will overhaul two of the Studebaker Factory buildings into 220,000 square feet of mixed-use space for co-working, education, retail stores, specialized lab and manufacturing and multi-tenant offices. The first phase is expected to be completed by the end of the year.

Pence is expected to tour one of the buildings with architect Gordon Gill, who is leading the re-design project.