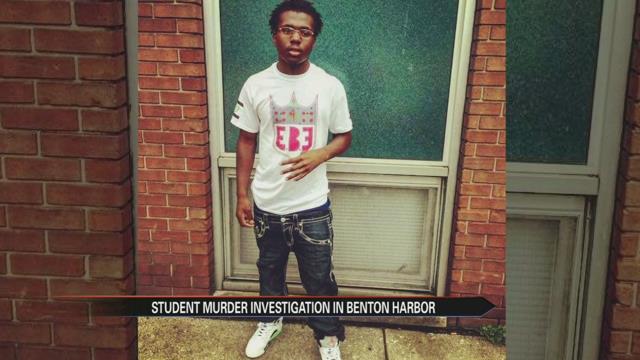 A suspect was arrested in connection to the death of an 18-year-old Benton Harbor High School student found dead Thursday morning, May 12, in a field two blocks away from the Michigan high school.

The suspect will not be identified until he is arraigned but he confessed to killing 18-year-old Grady Manns., Michael Clark, deputy director of the Benton Harbor Department of Public Safety, said.

A school bus driver called 911 at about 7:15 a.m. Thursday after spotting Manns’ body near the intersection of Empire Avenue and McAlister Street in Benton Harbor, Mich. Police said that Manns was killed sometime within 12 to 16 hours of when his body was found, but that he was not on his way to school when it happened.

A cause of death has not yet been announced.

Benton Harbor Area Schools have counselors and members of the Berrien RESA Crisis Team at the high school for students and teachers to talk to.

Manns became a father in the last year and was making positive changes in his life, his stepgrandmother Kerry Krause told FOX 28.

“This didn’t have to happen,” she said. “He was changing. He didn’t make good decisions but he was getting out of trouble and he started to do right.”