The crash happened just east of the Elkhart/St. Joseph County line at about 6:45 a.m. Tuesday.

The collision shredded the trailer of the first semi and destroyed most of the cab of the second semi.

Despite the heavy damage, both drivers suffered minor injuries.

The right lane of the westbound Toll Road remained closed much of the day Tuesday as cleanup continued. 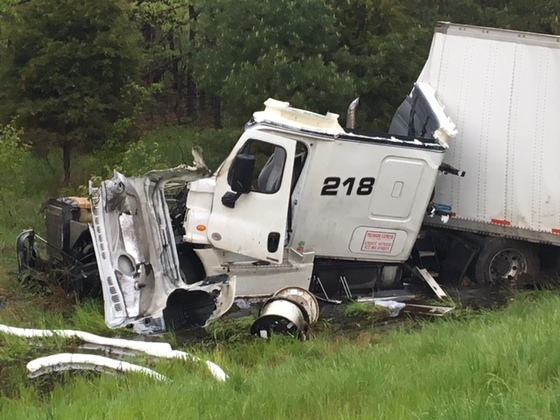 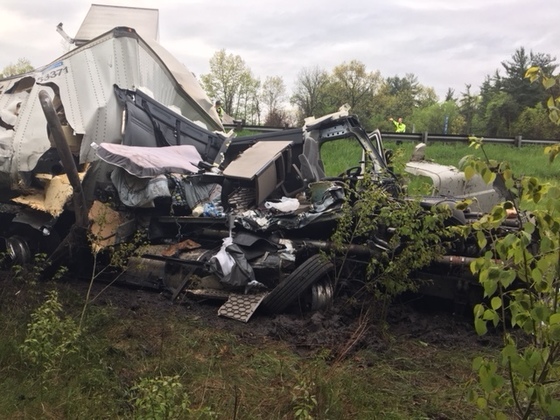 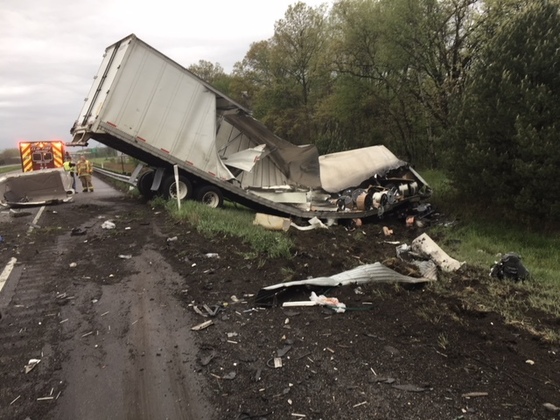 South Bend man, 42, killed after being struck by vehicle on SR 933