An Indiana State Trooper was injured in a one-vehicle crash on the Indiana Toll Road.

The trooper was attempting to approach a vehicle for a traffic stop when the police car overturned on the icy bridge.

The officer was taken to Memorial Hospital for treatment of injuries which were described as “minor.”

Traffic was backed up to just east of Portage Avenue. Vehicles were allowed to get by the crash scene using the left shoulder of the highway.

Slower-than-normal traffic was reported in the westbound lanes on approach to the crash scene.

The Indiana State Police released the following information about the crash:

Indiana State Police Dispatch began to receive calls this morning, around 7:55 a.m., of a single-vehicle rollover crash involving an Indiana State Police car on the Indiana Toll Road, near the 77.4 mile marker. This is approximately a half mile east of the Notre Dame exit.

Preliminary investigation by Senior Trooper Lou Ruiz indicates that Master Trooper Bradley Kaizer, a 31-year veteran of the Indiana State Police, was traveling westbound in his fully marked 2016 Dodge Charger attempting to catch up to a traffic violator when he lost control of his police car on the Juniper Road overpass. The overpass was slick due to the overnight frost.

Kaizer’s car entered the center median and began to roll over several times, crossing into the eastbound lanes, and striking the guardrail on the south side of the road. The Dodge finally landed on its roof and continued to slide, coming to rest in the center of the eastbound lanes facing southeast.

Kaizer was transported to Memorial Hospital where he was treated and released for cuts and abrasions. Kaizer was wearing his seatbelt at the time of the crash.

Traffic was able to get by on the inside shoulder with a brief shutdown of eastbound traffic to remove the vehicle. 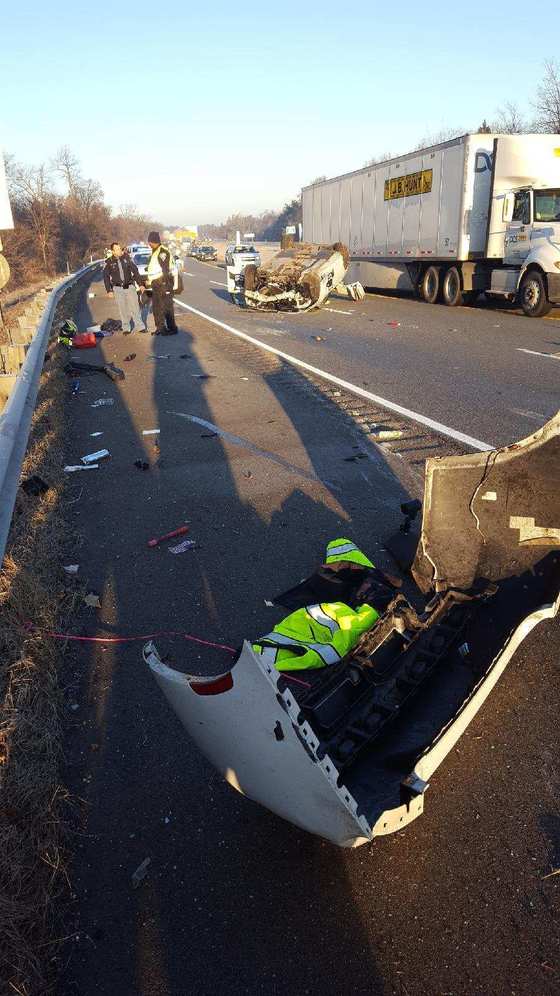