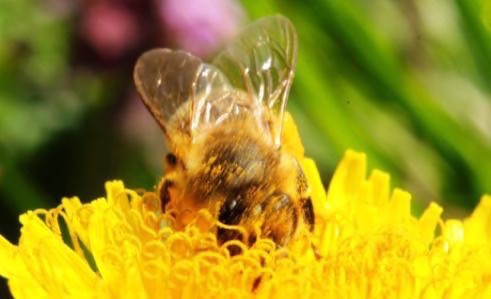 (AP) — Officials in Elkhart County say precautions that beekeepers took prior to aerial spraying to combat a rare mosquito-borne virus apparently spared their honey-producing hives from losing bees to the pesticide.

The Elkhart Truth reports crews in the county recently began spraying Dibrom to kill mosquitoes that spread eastern equine encephalitis. That spraying kills about 90% of the mosquitoes in an area. Beehives can also be decimated if beekeepers don’t heed the warning.

Beekeepers used screens and other precautions to protect their bees from the pesticide.

Jeff Burbrink is an educator with Elkhart County’s Purdue Extension office. He said Thursday there were no reports harmed hives because beekeepers were prepared.

The virus has been confirmed in humans or animals in at least 13 Michigan counties and killed four people.