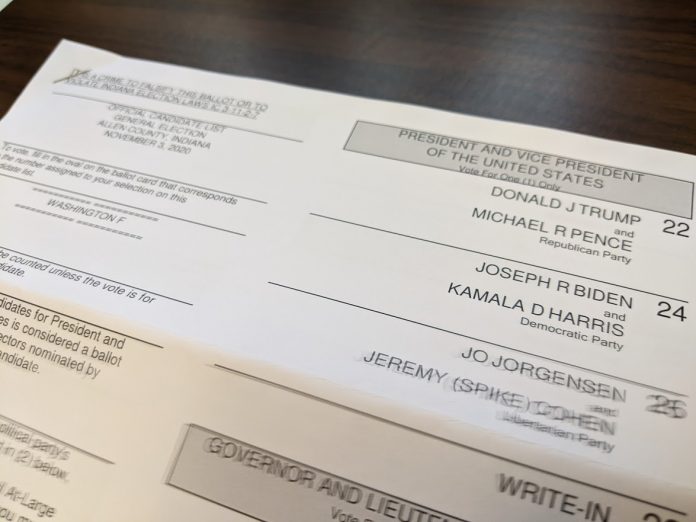 Secretary of State Connie Lawson released the numbers Tuesday. A total of 3,068,542 of Indiana’s 4.7 million registered voters cast a ballot for the election.

Voter statistics for each county can be found here.