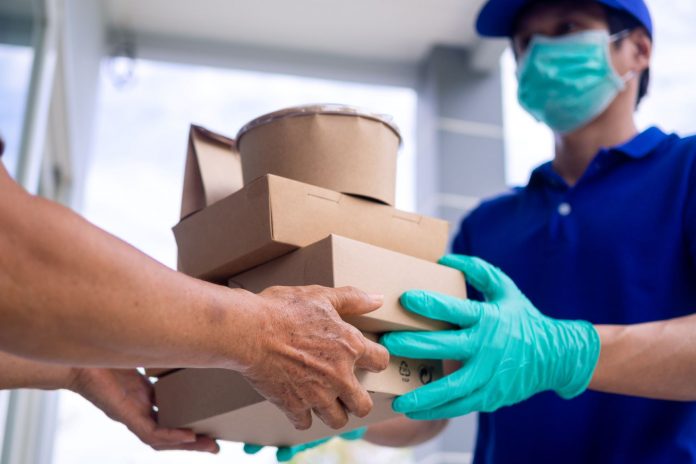 2020 was a busy year for REAL Services’ Meals on Wheels program.

“We went from doing 2,000 meals a month to a period of time where we served out 6,000 meals per month,” said George Hawthorne, the director of nutrition and transportation at REAL Services. “Now we’re doing a little bit more than we did initially at the beginning of the year before this pandemic hit.”

Hawthorne said that the number of people using the Meals on Wheels service is steadily around 280 clients each day. Right now, they’re pushing closer to 300, and he expects that number to hit 325 and stay there through the winter.

“The need to be able to continue to serve people from this point all the way through the next year, probably into the next two years [is great],” he said. “Being able to have donations from the community is going to be extremely vital, because all the emergency funding that the fed sent, that’s all gone.”

The COVID-19 pandemic has been a challenge for REAL Services, and Hawthorne says the Meals on Wheels program has been no exception. During the pandemic, it became too challenging for delivery and too risky for volunteers and staff to offer hot meals five-days-a-week to their clients, so Hawthorne and his team decided to compromise. They went down to three days of cold meals: one on Mondays, two on Wednesdays, and two on Fridays. Hawthorne says some folks also are signed up for weekend meals, so they will get extra meals for the weekends on Fridays. That’s a number he’s seen rising as well.

“I had to take my staff and split them up into groups,” he said. “So that if something would happen to one group of individuals — if they got COVID — then my other two groups will still be able to function and be able to take over what the other group was doing.”

Meals on Wheels serves 30 nutrition sites across five counties in Indiana: Elkhart, Kosciusko, LaPorte, Marshall, and St. Joseph. They deliver directly to clients in Elkhart and St. Joseph counties, too.

Worse still, winter is here. But it’s not Hawthorne’s first winter at the helm (he’s been running Meals on Wheels since 2009), so he’s made sure to work in some emergency meals for clients. Each client is provided 10 extra shelf-stable meals for emergencies so they have something to eat if they get snowed in.

The spread of COVID-19 is an ever-present fear, so there’s been a shift to doing things in a contact-less manner.

“We encourage our volunteers to hang the meals on the door and then do a phone call to let the clients know that the meals are there,” Hawthorne said.

Hawthorne said that REAL Services is also cognizant of the social isolation going on because of the pandemic, so they began a telephone service to call clients just to chat. At its height, staff members were calling around 6,000 clients.

“We’ve narrowed that down because there’s about 650 to 700 [people] that say they want to continue receiving phone calls on a monthly basis,” he said. “We’ll sit on the phone with them from 15 to 45 minutes just to chit-chat so they have a local connection with the outside world. These are people that probably don’t have anybody else to talk to, so they really enjoy the conversation that the staff members are giving them.”

Social isolation has had a huge impact on the clients that Meals on Wheels serves, and Hawthorne said he’s worked with some community groups on creative ways to reach out to the folks they serve. Recently, a Girl Scout troop made cards to send to give to REAL Services for their Meals on Wheels clients. That’s something that Hawthorne said other groups of people can do, regardless of the season, to provide comfort to isolated people in Michiana.

Hawthorne said he used to have about 100 volunteers, including a few folks who head south for the winter, each week to help deliver food for Meals on Wheels, but that number has shrunk during the pandemic. Now, he said, Meals on Wheels has approximately 60 regular volunteers.

“We have a lot of programs in the agency as well that still need volunteers from time-to-time,” he said. “It’s always nice to have a pool of volunteers to pull from just in case you need somebody in a quick, fast moment.”

Time is always valuable, but there’s also a need for cash donations, Hawthorne said. Donations that REAL Services receives account for about 30 percent of Meals on Wheels budget, according to Hawthorne. But REAL Services and Meals on Wheels offer a few creative ways that the community can help the program out and get something in return.

Meals on Wheels has been offering full-service catering for businesses and groups since 2009 through Simply Catering To You. Catering services have obviously been in less demand than usual since the onset of the pandemic, but it’s otherwise been a booming venture for REAL Services.

Hawthorne also heads up the REAL Grille, a food truck that travels around South Bend from March to November to meet folks where they are and sell food to them. All proceeds go directly to Meals on Wheels.

“It’s been about a year-and-a-half that we’ve started that,” George said. “We’re trying to make money everywhere we can, you know?”

The idea came about after Hawthorne and REAL Services worked with a business class at Notre Dame looking for ways they could increase donations and connect with the community.

“We were just asking them for various ideas, and one of the things that came out of that class is that they said: ‘Hey, you know, you guys ought to start a food truck,’ ” Hawthorne said. “They made those suggestions and we kind of looked them over. It took us about a year-and-a-half and then we started the ball rolling.”

Still, Hawthorne said that one of the best ways people can help out REAL Services and Meals on Wheels is by volunteering.

“We really embrace anything that people can help us out with,” Hawthorne said. “Whether it’s time, whether it’s money or putting in the effort to bring a smile to a client’s face. Anything that happens is very well appreciated.”