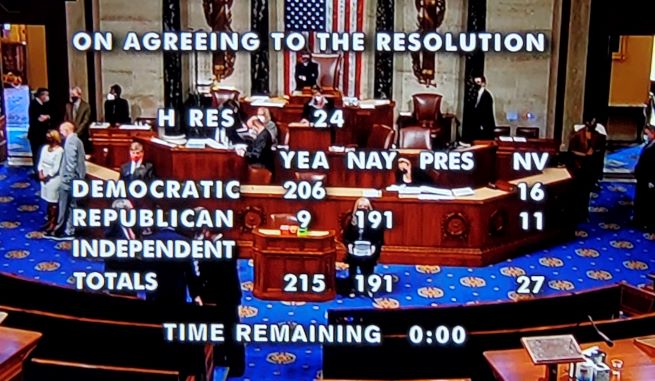 Wednesday afternoon, the U.S. House voted to impeach President Trump, making him the first president to be impeached twice. The vote was 232-197 with 5 not voting.

It was also the most bipartisan such rebuke in history, with 10 Republicans crossing party lines to vote with the Democrats. The previous record had been five Democrats agreeing to impeach Pres. Clinton in 1998.

No Republicans voted to impeach during the first impeachment.

GOP Congressman Fred Upton of Michigan announced Tuesday that he would be voting in favor of impeachment.

Several inches of snow to fall Monday night into Tuesday