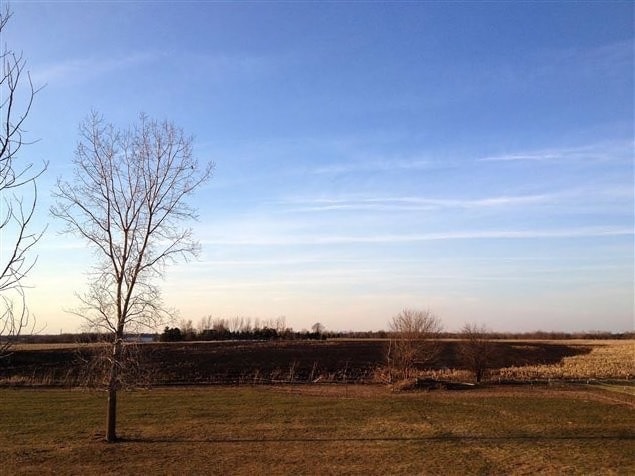 Fire crews in Elkhart County were called to battle a large field fire in the area of C.R. 26 and C.R. 1 late Wednesday afternoon.

It began as a small fire to clear some brush and weeds, then grew out of control, burning about 20 acres of a farm field, according to 95.3 MNC’s news partners, The Elkhart Truth.

Crews from Baugo, Cleveland and Concord township fire departments and Wakarusa, Osceola and Penn departments were able to keep the fire from spreading to any buildings.

There were no injuries.

The risk of brush and field fires is high right now because last month was the fifth driest March on record because it rained so little, according to ABC 57 Chief Meteorologist Tom Coomes.

Fire crews want residents to keep that in mind while cleaning up their property.

More than 200 acres are destroyed in more than 100 illegal open burning fires every year in unincorporated areas of St. Joseph County, according to Clay Fire Marshal Dave Cherrone.

Applications for burning permits can be picked up at any fire department in the county. It takes two to four days for permits to be approved.