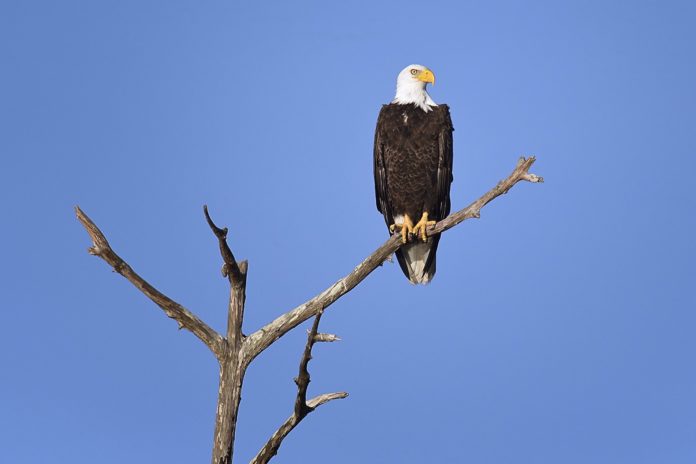 DELPHI, Ind. (AP) — An injured bald eagle is soaring free again after being nursed back to health at a northern Indiana animal rehabilitation center.

A conservation officer captured the eagle April 1 near northwestern Indiana’s Kankakee River after a resident called state wildlife officials about an injured eagle.

The eagle couldn’t fly and Wildcat Creek’s staff determined she had internal bleeding and collapsed air sacs, which eagles use to breathe in conjunction with their lungs.

After giving the eagle medication and a few days of rest and recovery in a cage that prevented her from moving around, the majestic bird was healed and ready for release.