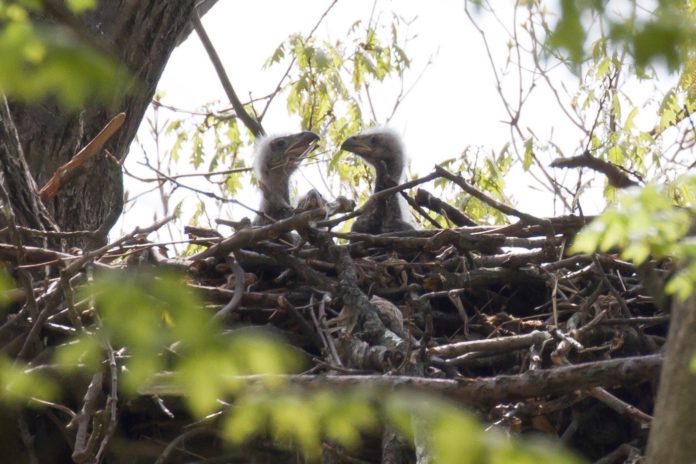 Bald eagles have nested at the park since 2012, but this is the first year that eaglets have hatched, according to a news release from the Indiana Department of Natural Resources.

The adult eagles can be seen catching fish for their young over Worster Lake. Park visitors have the best chance of seeing the eagles if they stand on the fishing pier  by the Porter Rea Cemetery and the East Boat Launch, according to the news release.

The eaglets are expected to be flying by late June and will leave the park in the fall. They will roam North America for four or five years before returning to Potato Creek State Park to find a mate and nest.