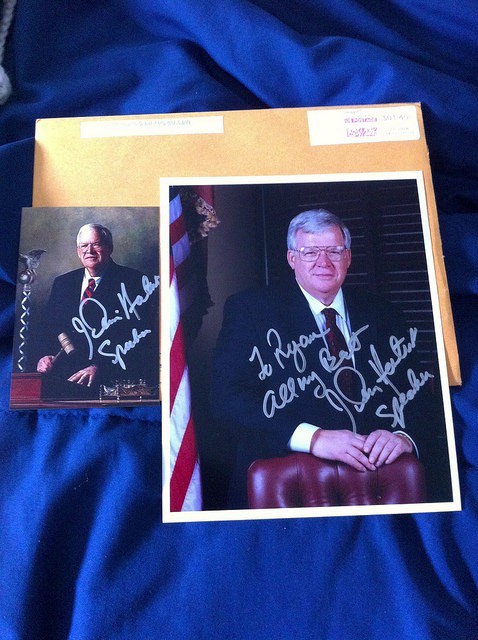 YORKVILLE, Ill. (AP) — Before Dennis Hastert was U.S. House speaker and second in line to the president, he was known around Yorkville, Illinois, as Denny the coach.

Hastert was a beloved mentor to athletes on the high school wrestling team and in Scouting groups.

This week’s indictment accuses Hastert of manipulating bank accounts and lying to the FBI to allegedly cover up past “misconduct.” It has left hometown admirers searching back through fond memories and struggling to understand how a case of alleged sexual abuse and extortion could have emerged from that period.

He said there was never a hint of wrongdoing and that he was angry someone was accusing Hastert without even coming forward publicly.

Meanwhile, a Christian college in suburban Chicago has removed Hastert’s name from an academic research center.

Wheaton College announced Sunday that what had been known as the J. Dennis Hastert Center for Economics, Government and Public Policy is now just named after the school.

The center was established in 2007 when Hastert stepped down from Congress after eight years as speaker.