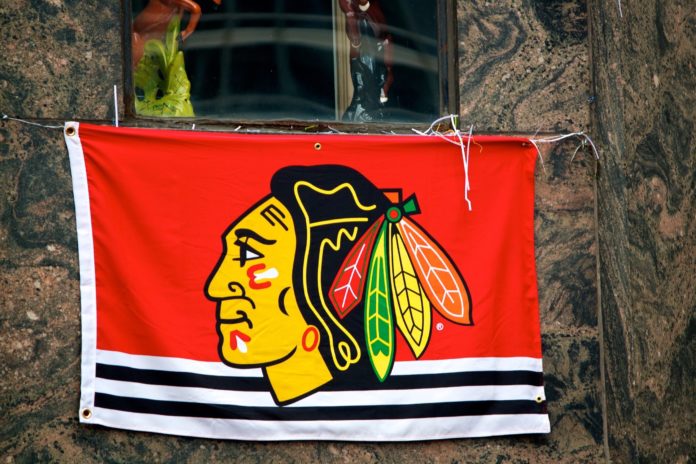 Thousands spill into the streets to celebrate Blackhawks win

CHICAGO (AP) — The Chicago Cubs weren’t in Wrigleyville because of the rain, but the fans of the Blackhawks took up the void.

Thousands spilled from the bars near Wrigley Field late Monday to celebrate the Blackhawks 2-0 victory over the Tampa Bay Lightning to win the Stanley Cup.

It was possibly fortunate for the neighborhood that rain kept Cubs fans away. It was expected about 30,000 people would attend the game between the Cubs and the Cleveland Indians, adding that many more to the crowd celebrating the Blackhawk victory.

The area was the site of disturbances when the Blackhawks won the Stanley Cup in 2013.

Chicago police stepped up security Monday based on what they learned that year. Officials said they have scattered policemen throughout the area to keep track of celebrants.

As for the game, Patrick Kane and Duncan Keith scored, and the Blackhawks won their third Stanley Cup in six years, beating the Tampa Bay Lightning 2-0 in Game 6 on Monday night.

Chicago clinched a championship at home for the first time since 1938 and won its third title with Jonathan Toews, Kane and coach Joel Quenneville leading the way.

Keith, the Blackhawks’ iron man, gave Chicago a 1-0 lead when he knocked in his own rebound with 2:47 left in the second period.

Kane made it 2-0 in the third when he scored on a one-timer on a three-on-two rush with 5:13 left in the game — his first goal of the series. It was the first time in the final that either team had a two-goal lead.