By: Fox News and Associated Press 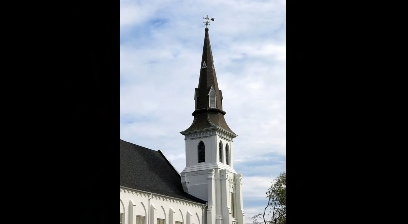 (FOX News) Nine people were killed late Wednesday at a historic black church in Charleston, S.C. after a white gunman walked in during a prayer meeting and began shooting.

Charleston Police Chief Greg Mullen told a press conference early Thursday that the gunman, described as a clean-shaven man in his early 20s, was still at large and “extremely dangerous.”

“This is a tragedy that no community should have to experience,” Mullen said. “It is senseless and unfathomable in today’s society that someone would walk into a church during a prayer meeting and take their lives.”

“The only reason that someone could walk into a church and shoot people praying is out of hate,” said Charleston Mayor Joseph P. Riley. “It is the most dastardly act that one could possibly imagine, and we will bring that person to justice … This is one hateful person.”

Mullen said that the shooting would be investigated as a hate crime, but would not elaborate further. He also announced that a reward for information leading to the shooter’s capture would be offered Thursday.

As Mullen and Riley updated the news media, a group of pastors huddled together praying in a circle across the street.

Earlier, police moved members of the news media back away from the site due to what they called an “imminent” threat. They did not release any details.

Authorities said the shooting took place at approximately 9 p.m. local time. Police would not immediately confirm the identities of the victims. Mullen said there were survivors, but did not say how many, or how many were inside the church at the time of the shooting.

It was also not immediately clear whether Clementa Pinckney, the church’s pastor and a member of the South Carolina state Senate, was a victim of the shooting. Antjuan Seawright, a spokesman for state Senate Democrats, told the Associated Press he hadn’t heard from Pinkney or his family.

“We are praying,” Seawright said.

Police described the suspect as having a small or slender build. He was wearing a gray sweatshirt with blue jeans and Timberland boots, and was clean shaven.

Approximately two hours after the shooting, a man matching the suspect’s description was briefly detained near the shooting scene, but was later let go by police. The man, identified as 21-year-old David Corrie, told the Post and Courier he was walking out of a Shell gas station’s convenience store when police forced him to get down on the ground and handcuffed him.

The campaign of GOP presidential hopeful Jeb Bush sent out an email saying that due to the shooting, the candidate had canceled an event planned in the city Thursday. South Carolina Gov. Nikki Haley issued a statement calling the shooting a “senseless tragedy.”

“While we do not yet know all of the details, we do know that we’ll never understand what motivated anyone to enter one of our places of worship and take the life of another,” Haley said. “Please join us in lifting up the victims and their families with our love and prayers.”

The church is a historic African-American church that traces its roots to 1816, when several churches split from Charleston’s Methodist Episcopal church. One of its founders, Denmark Vesey, tried to organize a slave revolt in 1822. He was caught, and white landowners had his church burned in revenge. Parishioners worshipped underground until after the Civil War.

Anyone with information on the gunman’s whereabouts is asked to contact Charleston Police dispatch at 843-743-7200.

A South Carolina legislative leader says the church’s pastor, state Sen. Clementa Pinckney, is among those killed in a shooting at a historic black church in downtown Charleston that authorities are calling a hate crime.

House Minority Leader Todd Rutherford says Pinckney was killed along with eight others in the Wednesday night shooting at Emanuel AME Church.

Authorities are still searching for the shooter, who’s described as a white male in his early 20s.

Charleston police say nine people have been killed in a shooting at a historic black church in what authorities intend to investigate as a hate crime.

Mullen says a prayer meeting was going on at the church at the time of the shooting.

The shooter, described as a white male, was not yet in custody.

Mayor Joseph P. Riley has confirmed to The Associated Press that police have told him nine are dead in a shooting at a historic black church in downtown Charleston, South Carolina.

Riley said he will release more details shortly at a news conference with Charleston police.

Police were still looking for the suspect in the Wednesday night shooting at Emanuel AME Church.

South Carolina Gov. Nikki Haley has responded to the shooting in downtown Charleston.

“While we do not yet know all of the details, we do know that we’ll never understand what motivates anyone to enter one of our places of worship and take the life of another,” she said in a statement early Thursday morning.

Police were still searching for a white male suspect.

The Post and Courier newspaper reports that Mayor Joe Riley has confirmed there are fatalities in a shooting that occurred at the site of a church in downtown Charleston, South Carolina.

An Associated Press reporter on the scene said police were moving members of the media on the site back because of an “imminent” threat.

GOP presidential hopeful Jeb Bush has canceled Thursday events in the area because of the shooting.