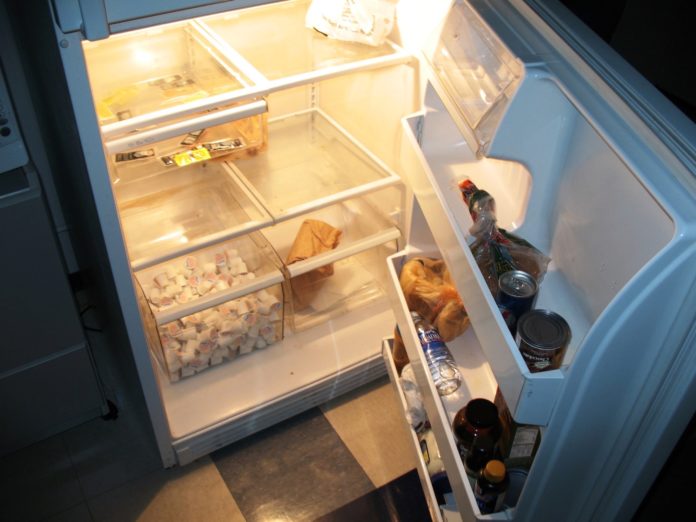 LEXINGTON, Ky. (AP) — Officials say a smelly refrigerator at the University of Kentucky sent nearly a dozen people to the hospital.

Multiple news outlets report that workers smelled a strong odor coming from the fridge when they came to work Wednesday at the Dimock Animal Pathology building. They opened the fridge to an overpowering smell.

University officials say movers had brought the fridge there from another campus building Tuesday evening but didn’t detect anything amiss.

Fire battalion chief Joe Best says people reported minor irritation to the skin or eyes and some nausea. Eleven were taken to the hospital. Firefighters evacuated the building and kept people away as a precaution.

University spokeswoman Kathy Jones says officials believe the odor was caused by a chemical residue left by something that had been inside the refrigerator. The building was reopened Wednesday afternoon.