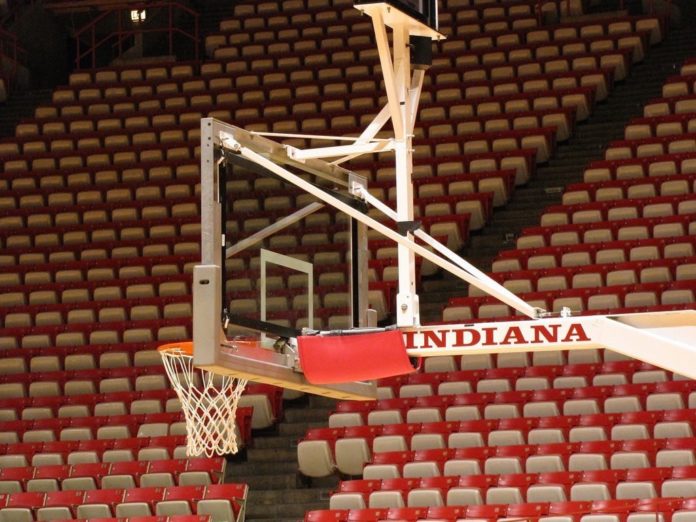 BLOOMINGTON, Ind. (AP) — Indiana President Michael McRobbie has seen too many legal problems in the athletic department. So has athletic director Fred Glass.

On Wednesday, Glass told reporters that he and McRobbie delivered a clear, stern message to coaches during a recent all-staff meeting.

Afterward, the school released a transcript of McRobbie’s remarks, in which he said he doesn’t want to see “any more stories of repeated student misbehavior.”

The growing consternation has arisen from an 18-month series of off-the-field incidents. Two basketball players and one football player have been kicked off their teams and several other players have been suspended.

Here is a transcript of McRobbie’s full remarks:

I expect that all of you will have noticed the announcement last week of a brilliant scientific result in paleobotany by an outstanding team of scientists led by Dr. David Dilcher of IU’s Department of Geological Sciences, where they seem to have identified the earliest form of ancient flowering plant life that emerged about 130 million years ago. This finding was published in one of the world’s most prestigious scientific publications, the Proceedings of the National Academies of Sciences.

This epochal result was applauded prominently in the media all over the world.

What I do not want to see is any more stories of repeated student misbehavior.

They embarrass the university, they embarrass all of you in Athletics, and they are a complete distraction from our primary role as an educational institution.

This misbehavior simply has to stop.

I expect all of you to ensure that my message is heard loud and clear by all student athletes.

I have stressed repeatedly that our student-athletes are first and foremost students!

Our ultimate goal is to help them obtain a degree that will prepare them for career and life success.

We owe this to them.

As Hoosiers, we want to win—but win the right way, and with student athletes we can be proud of.

We expect our student-athletes to win with good sportsmanship but without sacrificing their education and without shortcuts.

As always—compliance with all NCAA, Big Ten, and Indiana University rules and policies by all coaches, student-athletes, and staff is crucial, and we will remain vigilant at every level to ensure we follow the rules.

As I have said to this group on numerous occasions, the love of sport must never sacrifice integrity.

Our student-athletes act as role models for students across campus and representatives of IU to the world beyond. They should embody Hoosier values of hard work, dignity, and respect.

All of us must play by the rules, whether those of the law or those of the game, whether we agree with the call or not, whether competition brings victory or defeat.