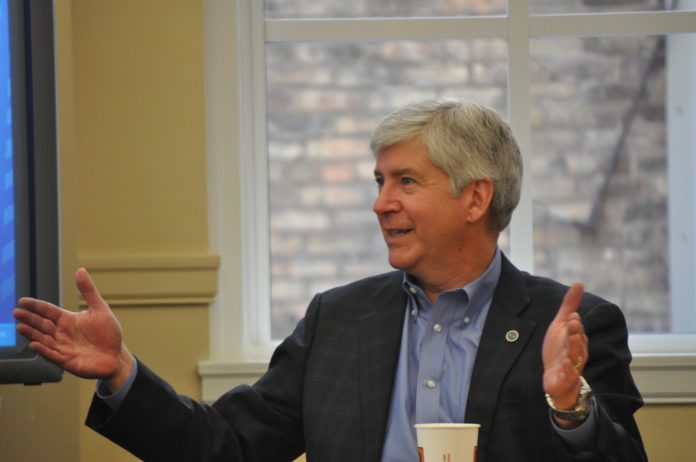 LANSING, Mich. (AP) — Gov. Rick Snyder is applauding a road-funding plan passed by the Legislature that he calls comprehensive, fiscally responsible and “outstanding.”

The Republican governor is eager to sign the bills that won final approval late Tuesday and that include a 7.3-cent gasoline tax hike and a 20 percent vehicle registration fee increase. He says Michigan is making the largest investment in roads and bridges in more than a half-century.

Snyder says that if deteriorating roads are unaddressed, they’ll become even pricier to fix.

Opponents of the Republican-backed plan, including Democrats, say it delays the necessary spending, shifts too much existing revenue to roads and includes tax cuts that will bring future budget ramifications.

It could be days or weeks before Snyder signs the legislation.