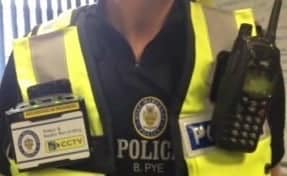 PORTAGE, Ind. (AP) — Officials in the City of Portage, Indiana, have voted down a proposal to outfit its police officers with body cameras.

Portage Councilman Matt Scheuer introduced the ordinance that would’ve required the city to fund and begin the use of police body cameras by 2019. He says he believes body camera use would improve relations between officers and residents and reduce frivolous lawsuits.

The (Munster) Times reports the proposal was rejected Tuesday night in a 6-1 vote after Police Chief Troy Williams called it “reckless and irresponsible.” Williams said the plan didn’t have any input from him or the police department.

Mayor James Snyder asked that the topic be assigned to a council committee for future discussion.

Some police departments around Indiana now have body cameras, but their use isn’t widespread.