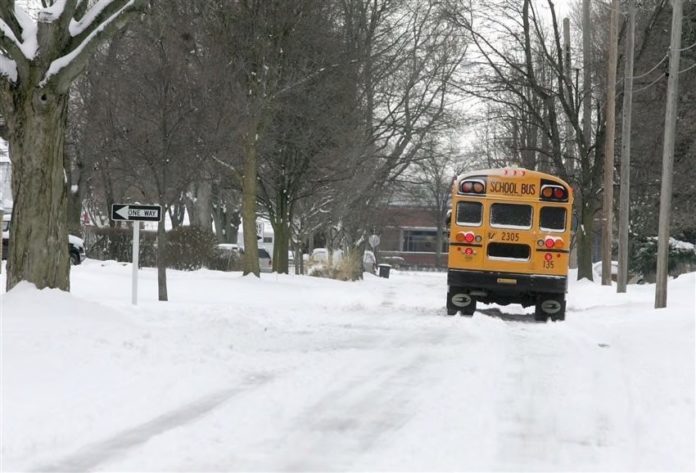 Snow made the morning commute a bit of a headache for drivers in Michiana on Monday morning, Jan. 4, but as of 8:15 a.m. there were no major issues.

Crashes reported at the intersections of Cleveland and Ash roads, Ironwood Drive and Lincoln Way, Ironwood and Inwood drives and on S.R. 2 near the Bendix hill, all in St. Joseph County, caused slower traffic and and some lane closures.

Several vehicles were reported to have slid off roads throughout the region. The U.S. 20 Bypass and Indiana Toll Road had few issues for most of the morning.

Buchanan, Mich., became the first town in Michiana to reach 6 inches of snow as of 7 a.m., according to ABC 57 meteorologist Tom Coomes.

Snowfall was expected to be between 3 and 6 inches throughout the area, with northern areas seeing the most snow.