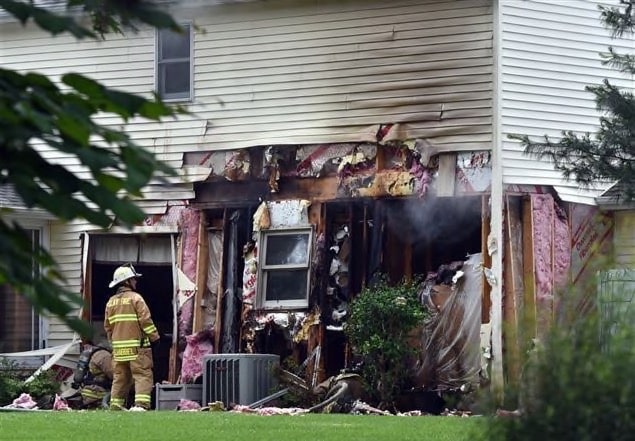 A Granger woman accused of causing an explosion at her home during a suicide attempt was sentenced to three years of probation on Wednesday morning, Jan. 6.

Michelle Ellenberger, 51, pleaded guilty but mentally ill in November to three counts of arson causing bodily injury for the June 19 explosion. Ellenberger, a female relative, a family acquaintance and an officer were treated at a hospital for injuries they suffered in the incident.

She was given a 9-year prison sentence on Wednesday, with all nine years suspended. She was ordered to serve three years of probation, WSBT reported, and will receive mental health treatment.

Police believed Ellenberger was attempting suicide through a mix of carbon monoxide poisoning and benzodiazepine overdose the day the explosion happened. Two vehicles were running in the closed garage, the gas knobs on the stove were on and a gas line in the basement was unscrewed and leaking gas.

A female relative and a family acquaintance arrived at the home and found Ellenberger passed out on the couch. The three escaped the home through the front door after the explosion, then taken to a hospital.

The explosion caused about $50,000 worth of damage to the home, which was deemed a total loss.

In court on Wednesday, Ellenberger told the judge that she only intended to hurt herself, and that she was sorry for hurting others.

EDITOR’S NOTE: The original version of this story incorrectly stated how long Ellenberger’s probation is. It has been updated and is now correct.

One person dead, one injured after motorcyclist lost control while driving

The body of a Florida man recovered in Lake Michigan