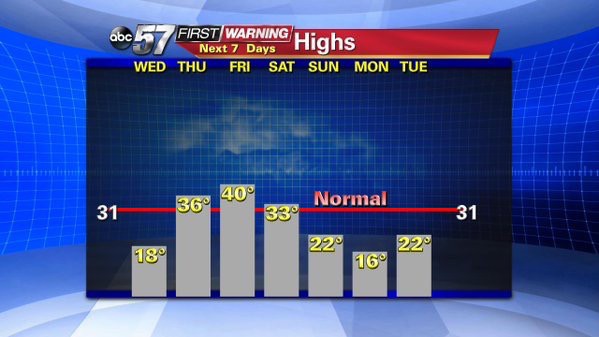 The arctic blast that first brought system snow, and then lake effect snow, is now responsible for the subzero wind chills that developed late Tuesday night and early Wednesday, Jan. 13.

Temperatures start in the single digits but there is some good news. Temperatures warm steadily to end the week, according to ABC 57 Chief Meteorologist Tom Coomes.

The next change on snow showers is forecast for Wednesday night, but less than an inch is expected, Coomes said.

Temps reach 40 by Friday with a rain showers likely.