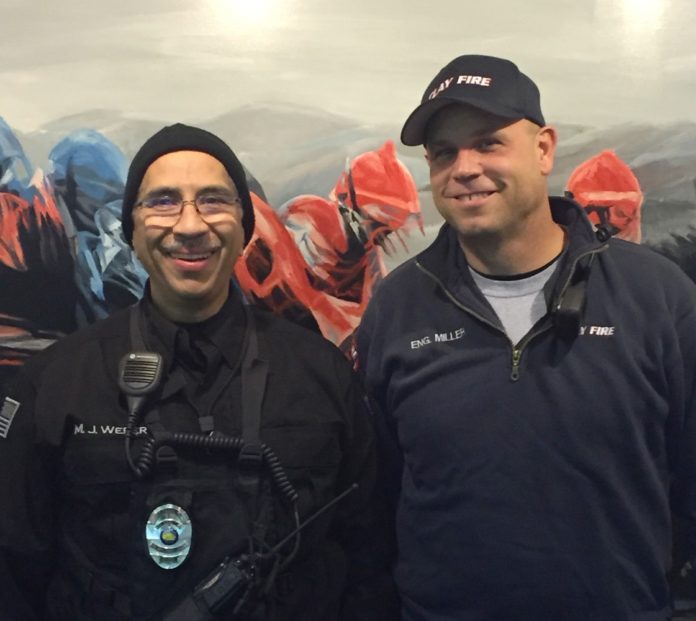 While deployed to Baltimore, Maryland to help with snow removal after last week’s major east coast snowstorm, a member of Porter County Emergency Management helped save the life of a contractor.

At about 10:30 p.m. on Thursday, Jan. 28, Indiana Incident Management Team member Michael Weber, who is working in logistics and is a member of the Indiana Department of Homeland Security task force deployed to Baltimore to assist in the aftermath of near-record snow, was outside checking operations when another worker hailed him to assist with the man who had fallen, according to a news release from Porter County Emergency Management.

The Michigan man had suffered a heart attack and had fallen from an elevated platform while refueling a snow melting unit.

Weber assessed the situation, called on the radio for medical assistance, and performed cardiopulmonary resuscitation, according to the news release.

Indiana IMT Member Kenny Miller, from Clay Fire Territory in South Bend, responded to pick up the paramedics from their staging area and proceeded to the area of the cardiac arrest. When paramedics arrived, CPR was continued. The patient was eventually transported to a local hospital.

The contractor, from Michigan, at last report is said to be doing well.