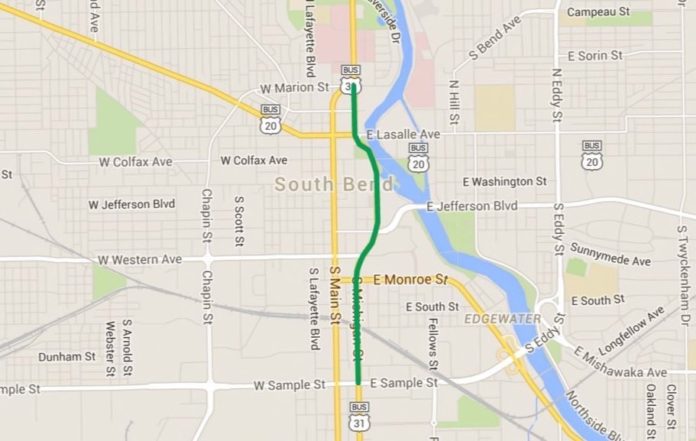 The city of South Bend will take over portion of S.R. 933 that runs through downtown South Bend and receive $4.43 million from the state of Indiana to maintain it as part of the city’s Smart Streets initiative.

The deal includes a little more than a mile of Michigan/St. Joseph streets between Sample and Marion streets (see the above map), according to our news partners ABC 57.

As part of the deal, that stretch of the road will no longer be named S.R. 933, but Main Street will still carry the name, the South Bend Tribune reported.

The city of South Bend will use the money to help pay for the Smart Streets program, which includes turning Main and Michigan/St. Joseph streets into two-way streets and adding bike lanes. Part of the road will also be repaved.

Construction is expected to begin in March. Read more about the deal between the state of Indiana and the city of South Bend in the full story from the South Bend Tribune.