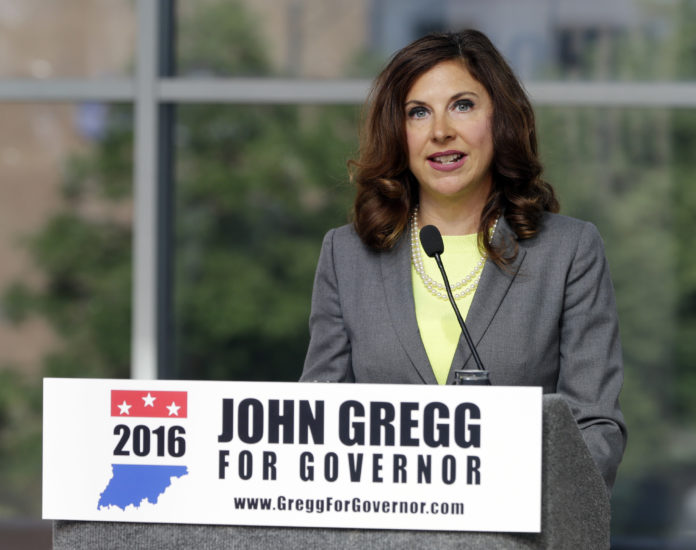 Gregg said Wednesday morning that he picked Hale because she is a consensus builder who works across the political aisle. Though she was born and raised in Michigan City, she is an Indianapolis Democrat.

Hale is a former Kiwanis International executive who was first elected to the Indiana House in 2012, defeating a longtime Republican incumbent in a district on the north side of Indianapolis.

She has been a vocal advocate for victims of sexual assault and domestic abuse during her time in the Legislature.

Republican Gov. Mike Pence and Gregg are heading into a rematch of their 2012 campaign, which Pence narrowly won.

Democrat John Gregg is poised to introduce a state lawmaker from Indianapolis as his running mate in the Indiana governor’s race.

A person with direct knowledge of the campaign’s decision confirmed that Gregg has picked state Rep. Christina Hale to run for lieutenant governor. The official spoke to The Associated Press on condition of anonymity because the person wasn’t authorized to speak in advance of Wednesday morning’s announcement.

Gregg and Republican Gov. Mike Pence are engaged in a rematch of the 2012 election that Pence narrowly won.

Pence will be on the November ballot with Lt. Gov. Eric Holcomb, who took office in March after Pence’s 2012 running mate Sue Ellspermann resigned.