Officers dubbed the unannounced three day patrol “Operation Blue Rain.” The goal was to catch and arrest individuals who utilize Indiana roadways to transport and distribute illegal narcotics. U.S. 31 was chosen because a large volume of motorists utilize the road to travel through the heart of northern Indiana. Officers wanted to serve notice that as the summer temperatures increase, so will their vigilance in keeping illegal narcotics from reaching Hoosier communities.

June 20th through June 22nd, officers teamed up to make 99 arrests on 186 different criminal charges. Thirty-two of the charges were classified as felonies. Officers also issued 111 traffic citations and 385 written warnings. During the three days, officers located cocaine, heroin, hundreds of hits of LSD, methamphetamine, marijuana, psilocybin mushrooms, hash oil, edible marijuana food, and illegally possessed prescription medication. They also located an AR-15 assault style rifle which was allegedly in the possession of a convicted violent felon. All of the contraband was found during traffic stops made by the various police departments. 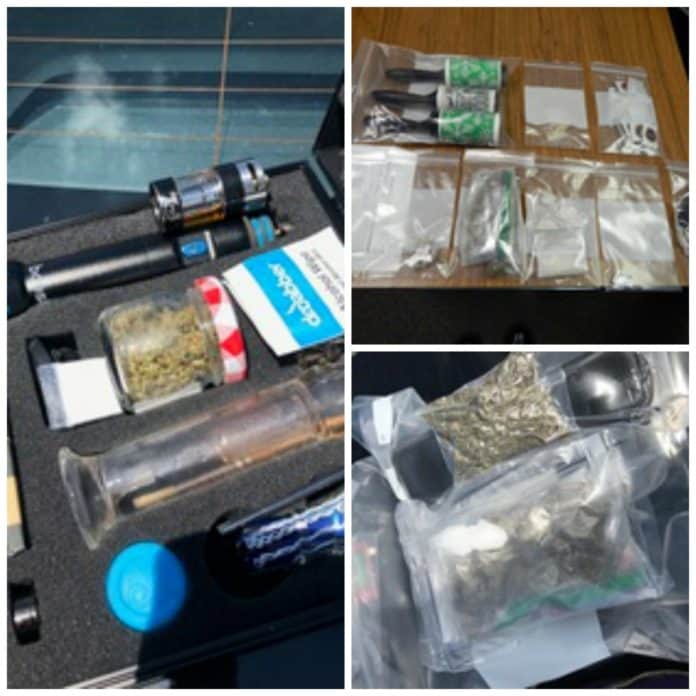 “The team work demonstrated by the seven participating police agencies was outstanding,” stated Indiana State Police Sergeant Daniel Prus, who organized and oversaw the patrols. “I would like to thank the police chiefs and sheriffs who provided valuable resources to help stem the flow of illegal narcotics traveling through the Hoosier state.”

Citizens are encouraged to call their local law enforcement agencies with any information about the possession, distribution, or selling of illegal narcotics. Information can also be reported anonymously by calling the Indiana State Police Drug and Gang Hotline at 1-800-453-4756.