The National Weather Service of Northern Indiana says there’s potential for flash freeze of wet roadways and ice and sleet into Friday morning.

Possible ice accumulations are as follows: 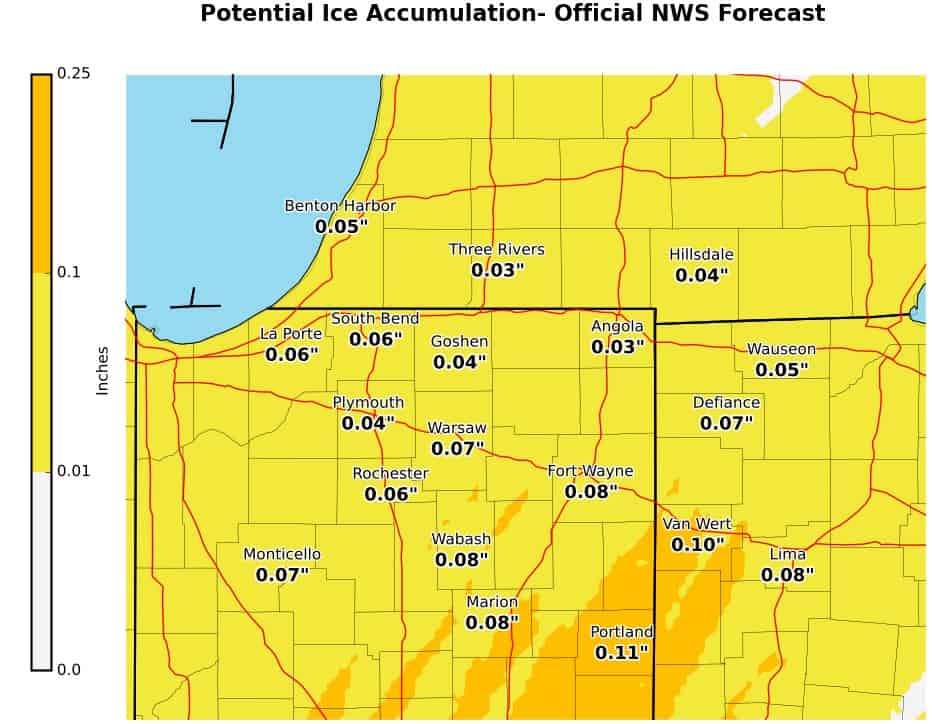 The ice is expected to change over into sleet between 12 a.m. and 4 a.m. in Kosciusko County, with northwestern counties experiencing the change over as early as 9 p.m. Thursday.

The National Weather Service says water that is already on roads will rapidly freeze during the changeover time frame. Freezing rain, sleet, and snow are then going to add to hazardous conditions.

Both morning and afternoon commutes are expected to be affected by slippery road conditions Friday.

As for Thursday, ABC 57 reports that South Bend smashed the previous high for this date in history. The previous record was 56 degrees set in 1980.

Update: A Winter Weather Advisory has been issued for the entire listening area. 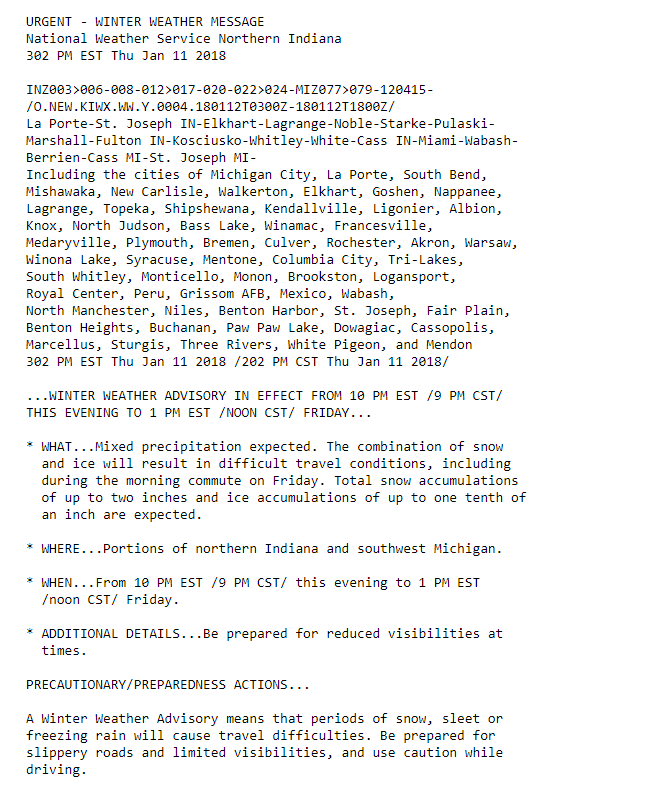