(Tyler Sebree/ABC 57 News) A strong cold front will swing through the Midwest and Great Lakes late Thursday into Thursday night. Ahead of it will exist the potential for numerous thunderstorms, some of which could very become strong to severe. 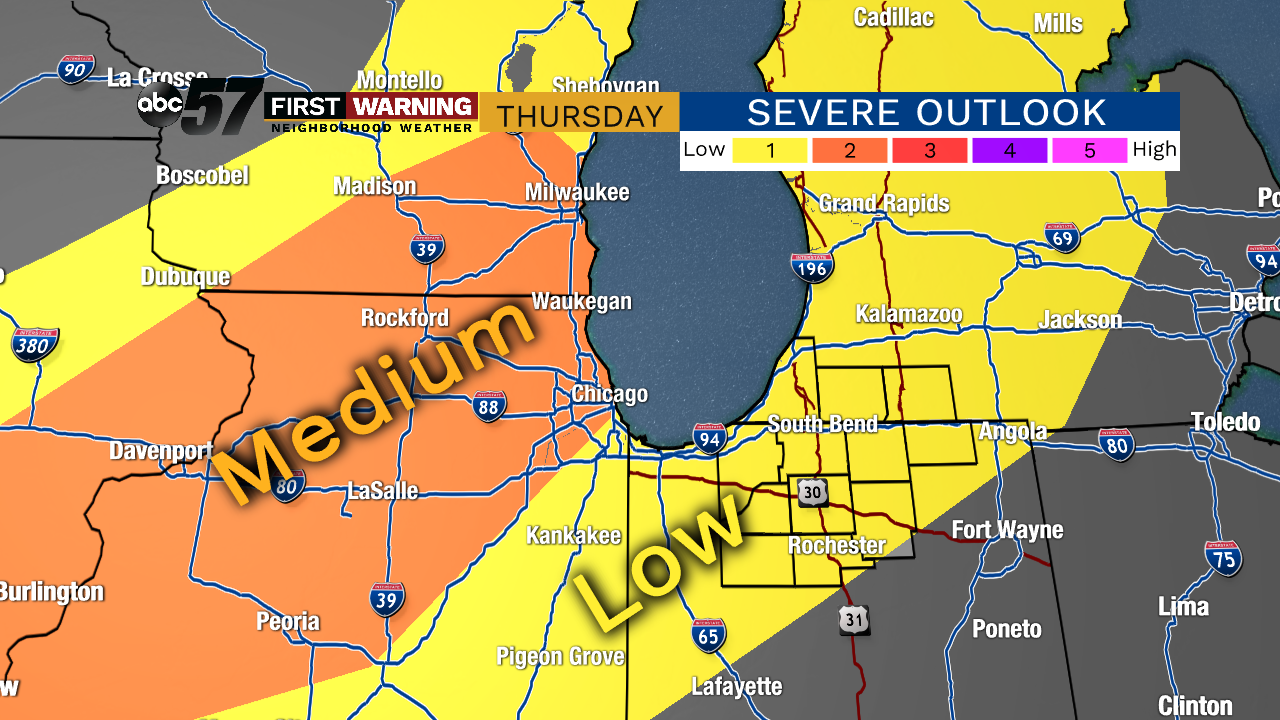 Vigorous thunderstorm development is expected around 4 p.m. across parts of Iowa, Wisconsin and Michigan. Those storms will likely form in a rough line just ahead of the cold front.

As the evening progresses, the line of storms will push southeastward into Illinois, southern Michigan and eventually northern Indiana. A few scattered storms may form ahead of the main line, but that remains to be seen. 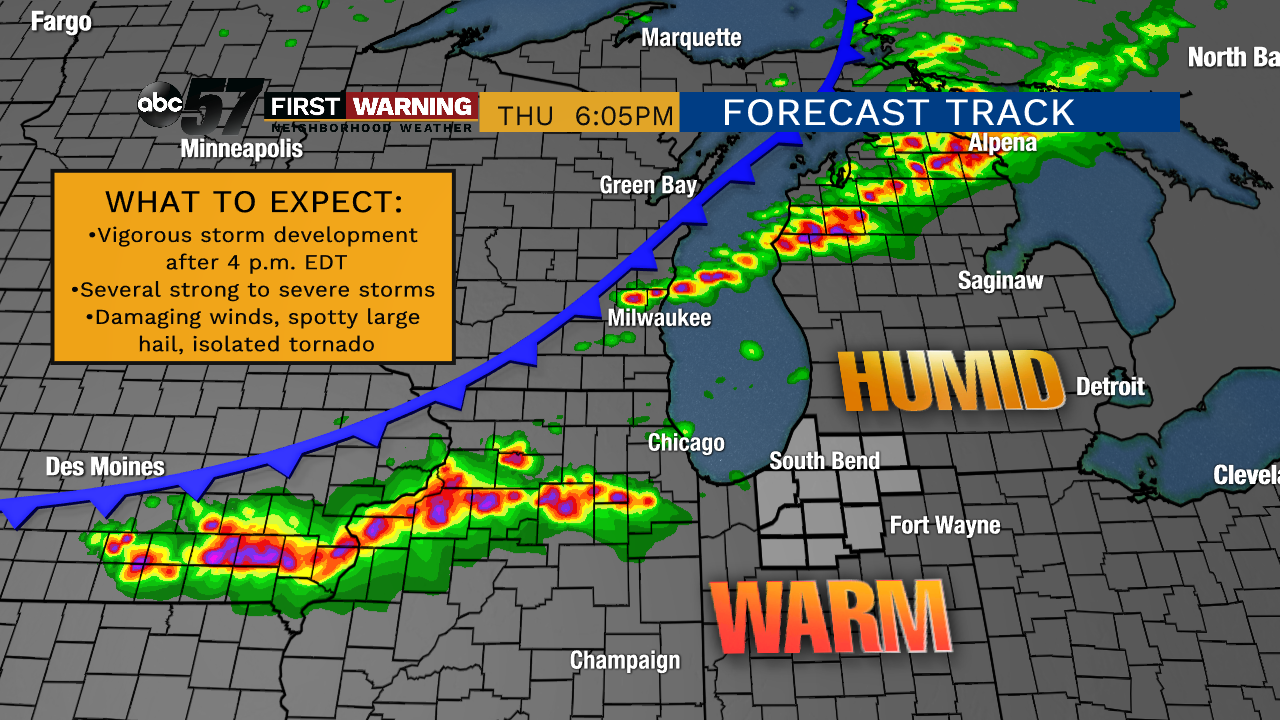 The main severe weather “threat zone” stretches from northern Missouri and southeastern Iowa into northern Illinois and southern Wisconsin. That’s where a level 2-of-5 “slight risk” has been highlighted by the Storm Prediction Center.

Those areas have the highest threat of severe thunderstorms capable of damaging winds, large hail, heavy rain, lightning, and perhaps a tornado or two. 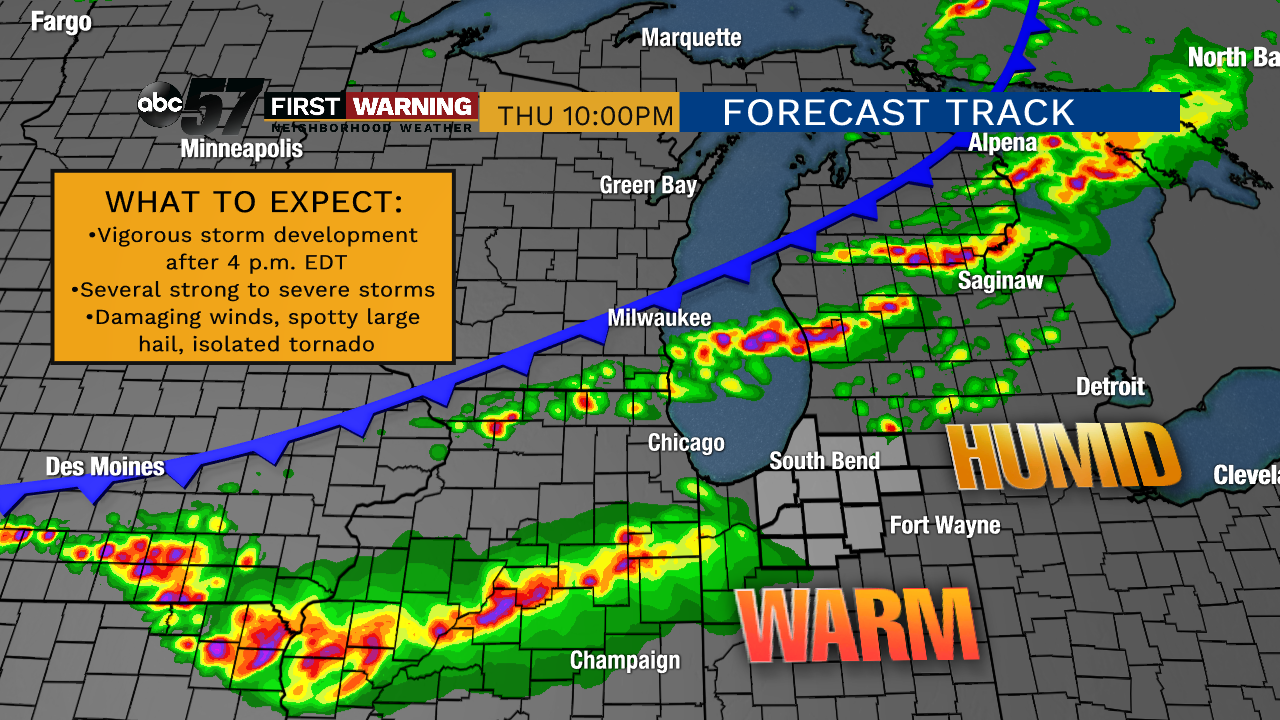 As a result, northern Indiana and much of Michigan are only under a level 1-of-5 “marginal risk” of severe weather. Regardless of the threat level being lower, the risk for a few strong to severe thunderstorms is certainly there Thursday evening. 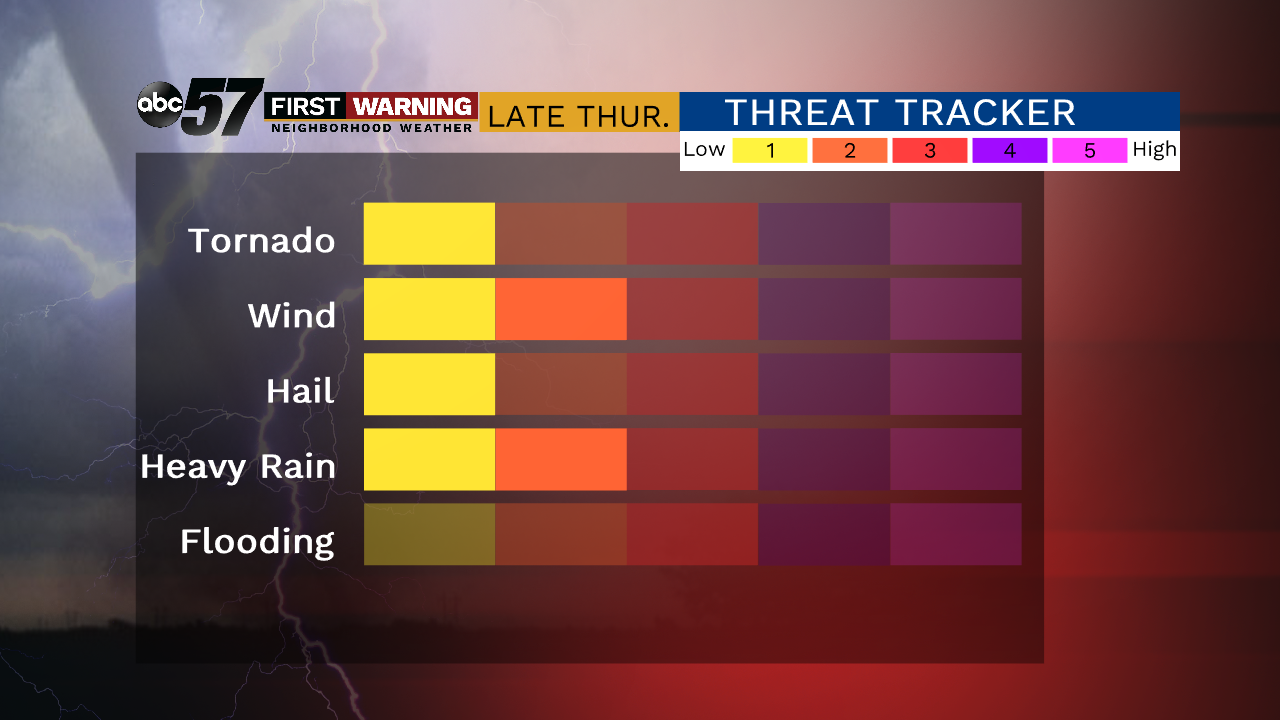 Threats for northern Indiana, northeast Illinois and most of Michigan

Things could change a bit, but confidence in at least some storms moving through parts of Michiana after 8 p.m. is pretty good. Not everyone will see storms, but there will be some.

Areas with the best chance of storms — including severe storms — are west of U.S. 31 and north of U.S. 30. That would include the following locations: