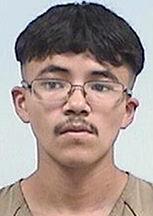 It happened during the overnight hours of Sunday morning.

Police were converging on a large party in the area of County Road 15 and Pine Creek Road. That’s when an officer reported gunshots from a vehicle.

The officer followed the vehicle which veered in and out of traffic. The car blew through a stop sign, nearly hitting two other vehicles as the chase reached speeds around 80 MPH.

The chase ended as the car stopped near the U.S. 20 bypass. According to The Elkhart Truth, the driver, 18-year-old Izak Juarez, was arrested on preliminary charges of resisting law enforcement and possession of marijuana.