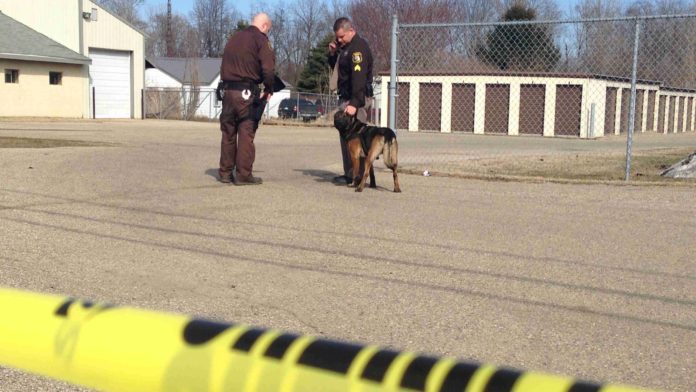 Police were called just before 3 p.m. to Aaron’s Mini-Storage, 2601 N. Fifth St., where they found the woman with a gunshot wound in her abdomen, according to a news release from the Berrien County Sheriff’s Office.

The woman underwent surgery at Memorial Hospital in South Bend, Ind. She is in critical condition but is expected to survive, according to 95.3 MNC’s news partner, The Elkhart Truth.

Police believe the victim was shot by Michael Jerome Exom III, 28, after a domestic argument at Aaron’s Mini-Storage, according to the news release.

Exom is described as a black man who is 5 feet, 10 inches tall, weighs approximately 210 pounds and has black hair and brown eyes, according to 95.3 MNC’s news partner ABC 57.

He is considered armed and dangerous, according to the news release.

Anyone with information about the shooting or Exom’s whereabouts can contact the Berrien County Sheriff’s Office at 269-983-7141 or detectives@berriencounty.org.