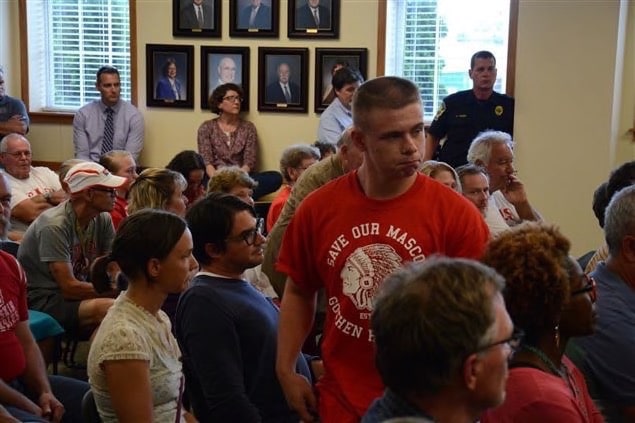 The school board for Goshen Community Schools could vote as early as July 27 on whether or not to keep the Goshen Redskins mascot.

The issue was put on the school board’s official agenda for its meeting Monday night, July 13, about a month after two Goshen residents approached the school board June 8 and asked them to consider changing the mascot, as reported by 95.3 MNC’s news partners at The Elkhart Truth.

More than 30 people spoke for nearly three hours Monday night about why they believed the mascot should stay or go.

Critics said the term “Redskins” is offensive because it’s a racial slur used against Native Americans, and while it might have been acceptable once, times have changed.

However, supporters said the term is a point of pride and identity for them, and they believe the term honors Native Americans.

A representative of the Citizen Potawatomi Nation attended a previous Goshen school board meeting and said the term is “not educational” and “not honorary,” The Elkhart Truth reported.

Several speakers on both sides of the debate said they would be OK if the term “Redskins” was retired in favor of a name like the Goshen Indians or Goshen Tribe.

Read about what school board members said about the mascot and how the Goshen Redskins name came to be in the full story from The Elkhart Truth.