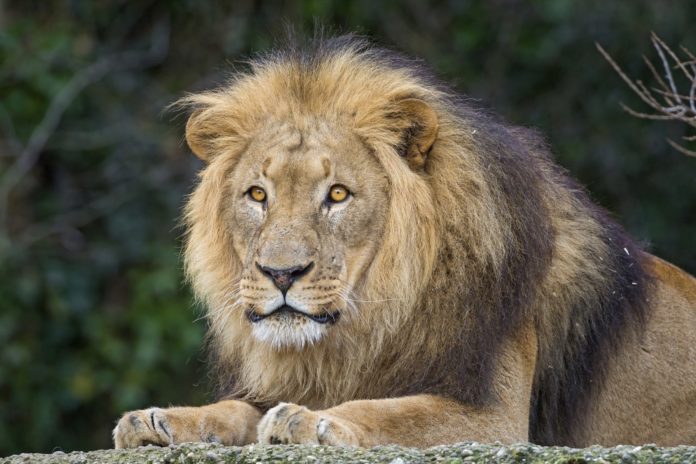 JOHANNESBURG (AP) — It is, for some well-heeled foreign visitors, the ultimate African experience: the thrill of hunting a lion, one of the so-called “Big Five” animals whose habitats are under increasing pressure from human encroachment. Now an American dentist’s killing of a celebrity lion in Zimbabwe has triggered global revulsion, highlighting what critics say is an industry of trophy hunting that threatens vulnerable species across sub-Saharan Africa.

Hunting is banned in Kenya and Botswana, which depend heavily on income from tourists who flock to see wildlife on tours that often combine a sense of adventure with luxury lodging in the bush. Many more countries, including South Africa, Namibia and Tanzania, allow it, arguing that it benefits communities and funnels high-priced fees from hunters back into conservation. Opponents, however, warn that regulations are often poorly enforced or overlooked by unscrupulous operators.

Such suspicions are swirling in Zimbabwe, where a professional hunter, Theo Bronkhorst, was charged Wednesday with failing to “prevent an unlawful hunt” while working for Minnesota resident Walter James Palmer, who killed Cecil, a well-known lion with a distinctive black mane, in early July. Conservationists say a dead animal was tied to a car to draw the lion out of a national park, and that Palmer first wounded Cecil with a bow before fatally shooting him with a gun after 40 hours of tracking.

Palmer, who said he relied on his professional guides to ensure a legal hunt, has been vilified globally on social media and talk shows and has closed his dental practice for now.

“Cecil is not the first lion that has been lured,” said Ian Michler, a South African conservationist. “It goes on all the time. Unethical hunting is rife across the continent.”

Michler, who made a documentary film called “Blood Lions” that came out this year, said nearly 1,000 lions that are bred in captivity in South Africa are fatally shot every year by trophy seekers for an average of about $20,000, and sometimes up to $50,000, in conditions that can hardly be described as sporting. There is also an increasing phenomenon of lion owners charging tourists, many from Europe but also Australia and the United States, to pet and cuddle cubs earmarked for trophy kills when they get older, he said.

South Africa maintains that its legal hunting industry adheres to international agreements and actually contributes to the welfare of species, including lion, elephant and rhino.

Hunting “is a source of much needed foreign exchange, job creation, community development and social upliftment,” Environment Minister Edna Molewa said in a July 23 statement. She welcomed a decision by the cargo division of South African Airways, the national carrier, to lift an embargo on the transport of legally acquired hunting trophies of lion, elephant, rhino and tiger.

Molewa said the industry in South Africa is valued at about $490 million annually, but some conservationists believe the figure is inflated to bolster the argument that hunting is an economic boon. In a 2013 report, a group called Economists at Large cited estimated that trophy hunting generates $200 million in African communities, but said the figure should be used “with caution” and is a relatively insignificant part of total tourism revenue.

Lions are designated as vulnerable on an international “red list” of species facing threats. By one estimate, fewer than 20,000 lions exist in the wild, a drop of about 40 percent in the past two decades. Another estimate puts the number at closer to 30,000. The International Union for Conservation of Nature has taken note of successful lion conservation in southern Africa, but said West African lions are critically endangered and that rapid population declines were also recorded in East Africa.

Cecil, the Zimbabwean lion that was killed, was wearing a satellite collar installed by the Wildlife Conservation Research Unit at the University of Oxford.

“Our goal is to understand the threats that lions face, and to use cutting-edge science to develop solutions to those threats,” director David Macdonald said on the unit’s website. He said the unit has tracked the movements of over 100 lions by satellite.

Prince Mupazviriho, permanent secretary in Zimbabwe’s ministry of environment, water and climate, said the hunting of a collared lion was an isolated incident.

“Short of going on a culling exercise where you are just shooting animals willy-nilly in order to reduce numbers, there is need to have a scientific way of doing it, which also brings resources for purposes of conservation,” he said.

This year, Zambia announced the lifting of a 2-year-old ban on hunting lions and other big cats, Zambian media reported in May.

On its website, a group called Central African Wildlife Adventures offers hunts in Central African Republic, though it has suspended operations for now because of political instability and violence there. The website describes an almost mystical experience in which the hunter and the hunted lion are equals.

It says: “The last and final contact is usually done at close range, with the lion appearing from nowhere in the green foliage. Without a warning or a sound, the King of Beasts is suddenly there and the time has come for two of the most powerful predators on earth to meet.”

This year, Zambia lifted some restrictions on hunting lions and other big cats after enforcing a ban for two years.