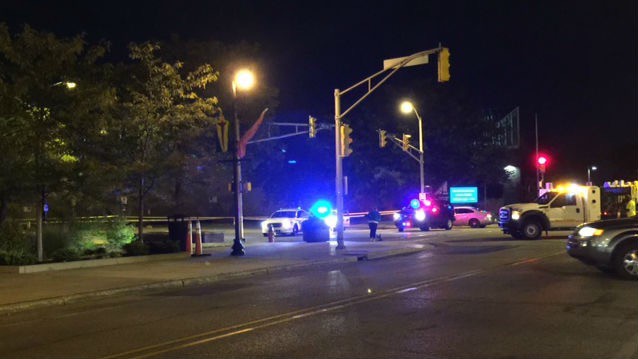 A GoFundMe page has been set up to help pay for medical costs for two people who were seriously injured in a hit-and-run crash near the Century Center in South Bend on Saturday night, Sept. 26.

Sharif Elnaggar, 45, and Wendy Mills, 34, were seriously injured when they were hit by a dark colored passenger car while walking along St. Joseph Street at about 9:10 p.m.

Mills said in a Facebook post that the crash sent both she and ElNaggar flying into the air while the vehicle backed up then drove away. A couple nearby who witnessed the crash helped protect Mills and Elnaggar from oncoming traffic while waiting for emergency crews to arrive.

Elnaggar is in critical condition at Memorial Hospital with several injuries. Both of Mills’ legs and an arm were broken in the crash. She is in stable condition.

Elnaggar and Mills have two small children together.

A family friend set up the GoFundMe page in an effort to raise money to help offset medical bills, with a goal of $5,000.

Anyone with information about the crash is asked to contact Capt. Tim Spencer at 574-259-2966.