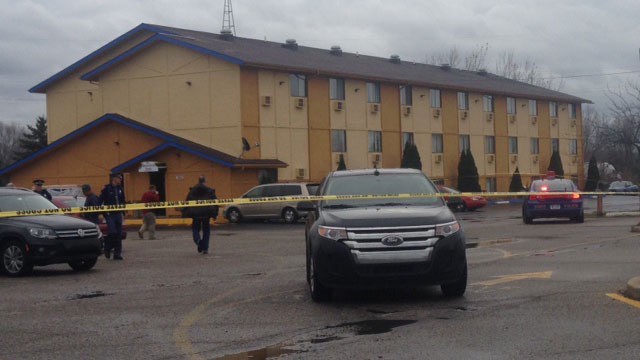 The man killed in a police shootout after officers say he abducted his estranged wife from her work place has been identified.

Marcus Deon Meridy, 44, died at the American Inn hotel in Benton Harbor, Mich., where he was holding his estranged wife hostage on Wednesday morning, Nov. 18.

The victim, Meridy’s estranged wife, was shot in the shoulder, according to our news partners ABC 57. She was taken to a nearby hospital and is expected to live.

A Michigan State Police officer was shot at by Meridy, but the bullet lodged in his bulletproof vest.

Meridy took the victim in one car, assaulted her, and then switched to a different car, which he drove to the hotel, WSBT reported.

Officers heard a gunshot and then entered the hotel room. That’s when Meridy began shooting at police and they returned fire, ABC 57 reported.

Both the abduction and the officer-involved shooting will be investigated.