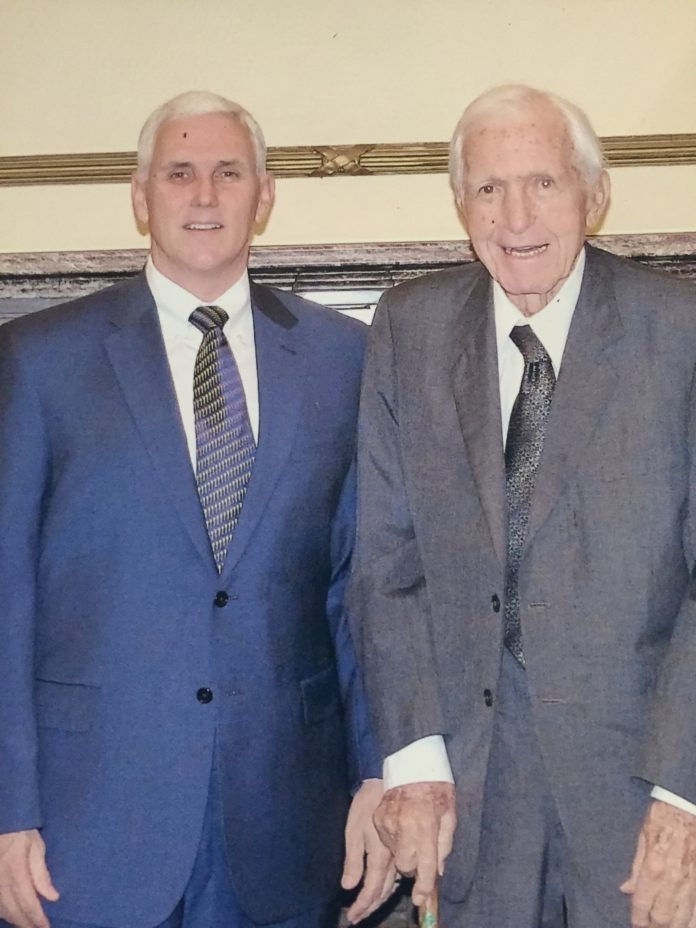 INDIANAPOLIS (AP) — A Statehouse memorial service and a 19-round cannon salute are set to honor former Indiana Gov. Edgar Whitcomb, who died last week at the age of 98.

Whitcomb’s widow, Evelyn Whitcomb, and Gov. Mike Pence are among those expected to take part in Friday’s service in the Statehouse rotunda.

A funeral cortege will travel through downtown Indianapolis from the Indiana War Memorial to the Statehouse before the service begins at noon. The service will conclude with the cannon salute and military honors on the Statehouse lawn.

Whitcomb was a Republican who was Indiana’s secretary of state before serving as governor from 1969 to 1973. He served in the Army Air Corps during World War II and was held in a Japanese prisoner camp in the Philippines.