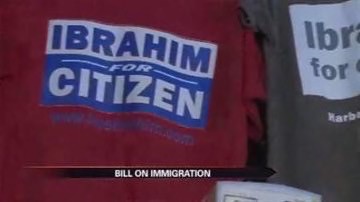 HARBERT, Mich. (AP) — A southwestern Michigan cafe owner who has struggled for years to stay in the U.S. has been given a one-year reprieve.

The Herald Palladium and Kalamazoo Gazette report Saturday the extension was granted for Ibrahim Parlak by the U.S. Department of Homeland Security. It means he can’t be deported for 12 months.

Parlak runs a cafe in Harbert, a Lake Michigan town near St. Joseph. He came to the U.S. 25 years ago after being convicted in Turkey of supporting the Kurdish separatist movement. He says torture was used to gather evidence against him.

Parlak worries about being harmed if forced to return to Turkey. He has been granted previous deferrals.

He says the most recent extension offers “a little more time to work on a more permanent solution.”