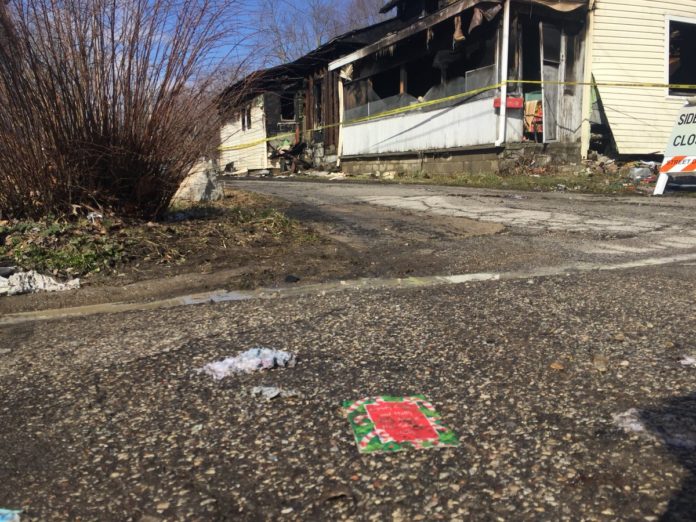 Firefighters in Goshen battled three nearly-simultaneous fires in the overnight hours Tuesday night while another happened in Mishawaka at around the same time.

One of those homes was abandoned. Goshen Police say they have a person of interest in that city’s fires: It’s a homeless man.

30-year-old Eric Matthew Miller, was found hiding in a garage in the 200 block of Oakridge. He was taken into custody on preliminary charges of resisting law enforcement, criminal trespass, and two counts of possession of methamphetamine.

Meanwhile, a fire at a home on Chestnut Street in Mishawaka sent a firefighter to the hospital with minor injuries sustained while fighting the flames. The department says that firefighter is expected to be okay.

The Mishawaka fire reportedly began around 11:45 p.m. Tuesday. One person was in that home and got out safely with two dogs and two cats.