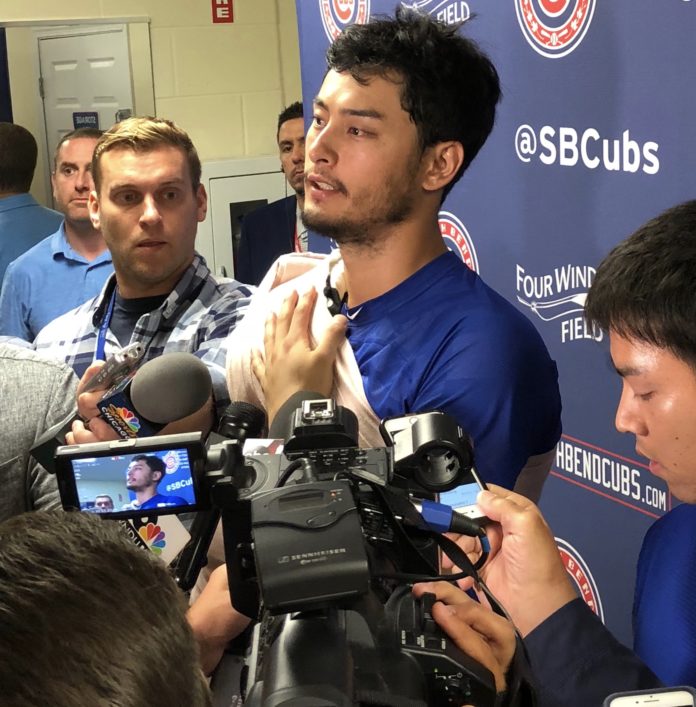 He started the game against West Michigan 7:05 p.m. He’s been on the disabled list with a right triceps injury since the end of May.

Before getting injured, he had a 4.95 ERA in the first season of his six year, 126 million dollar contract.

He’s the third Cub to make a rehab appearance in South Bend after Dexter Fowler played two games in 2016 and Jason Heyward in 2017.