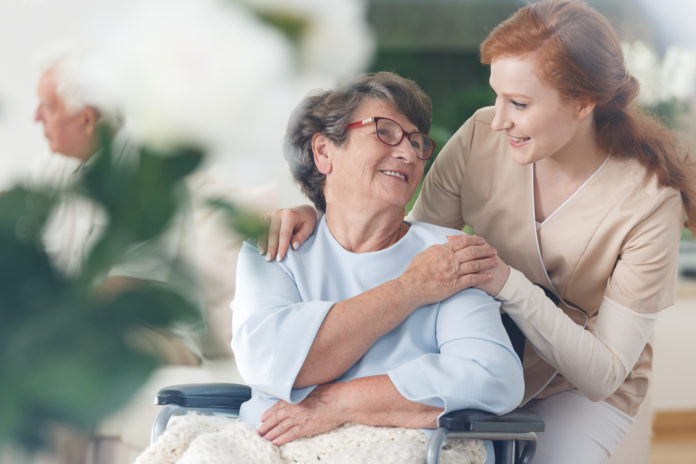 For most people, bouts of forgetfulness happen.

You might walk into a room and forget why you’re there. You might misplace your keys and search your whole house for them. It’s common to be forgetful sometimes when you’re tired or when you’re getting older.

Alzheimer’s disease and other forms of dementia, on the other hand, are a lot more serious.

“A person with Alzheimer’s or dementia is unable to backtrack, to go through the steps to remember the last time they had their keys,” said Tish Holmes, program director at Alzheimer’s and Dementia Services of Northern Indiana, a division of REAL Services.

To better understand Alzheimer’s, it can be easier to break down the disease into five different stages. Here’s what you should know about each one.

Alzheimer’s disease begins in the part of the brain that stores short-term memories, which is why the first symptom people tend to notice is the inability to remember something that just happened.

“For the affected person, they know something’s wrong before anyone else,” Holmes said. “It doesn’t start out as not being able to recall something. It’s ‘Jeeze, why did I forget that?’”

Initial memory issues may involve losing time or direction. For example, a person with Alzheimer’s disease may get lost in the parking lot of their favorite grocery store. They eventually get home and may dismiss the incident until it happens again several months later, as the disease can take years to develop.

They may also withdraw from normal activities, like going grocery shopping, or take longer to do routine tasks. People who are normally social may start spending less time with friends.

Every affected person reacts differently to the beginning stages of Alzheimer’s disease, but everyone in that person’s life should keep in mind to try to react with love and compassion. This stage can last years, and people in this stage really need emotional support and help with structuring their daily lives.

In the early middle stage, it starts to become more apparent to everyone around a person that there is something going on. If a person hasn’t received a diagnosis by the time they make it to stage two, it’s best to see a doctor as soon as possible.

As the disease progresses, a person with Alzheimer’s may become defensive or angry, especially if they are asked to remember something that they simply cannot remember.

Holmes once worked with a man who usually read the newspaper every day but stopped as he developed Alzheimer’s disease. When one of the man’s adult children pointed out that the papers were piling up in the living room and wanted to know why, the man became angry. He didn’t know why the newspapers were piling up and was embarrassed about it, because he felt he should know. He yelled at his child to leave him alone because he didn’t want to admit he didn’t have the answer.

Three days later, another child visited the man’s home and gently suggested cleaning up the living room and didn’t question why the papers were there. The man said that he was meaning to throw the old newspapers away and appreciated the help. He didn’t become defensive or angry because he wasn’t asked to provide an answer he didn’t have.

Patience is key for caregivers of people with Alzheimer’s, Holmes said. It’s important not to question or correct them, and to try to brush off repetitive questions and conversations.

“We’re all human, though,” she said. “It’s OK to experience all of our human emotions, including anger, short of patience, irritation, frustration. The bottom line is love, you still love the person you’re caring for, but you’re still human. It’s OK to have those feelings. Just be more aware of them and handle them differently.”

People in the second stage of Alzheimer’s need their choices limited, like when they are ordering from a menu at a restaurant or deciding what outfit to wear. They may not be able to drive anymore or manage their own finances and need more and more help managing everyday activities.

This is often what people imagine as “typical” Alzheimer’s disease. At this point, a person with Alzheimer’s struggles to remember what day it is or the names of family members, especially young family members or those they don’t see often.

“We have a term we use, retro-genesis, for people Alzheimer’s,” Holmes said. As a person’s memory fades, they start to think they are younger too. A person might be 85, but if his memory has reverted back to when he was 30, he expects to see his spouse, children, parents and other family members and friends the same way they were when he was 30. He may think he has the same physical abilities as he did at that age too.

“This is difficult because eventually, that person thinks they’re 10 or 12 years old, but they’re in an 85-year-old body,” Holmes said. Falls and injuries can be common. “As a caregiver, you have to learn how to have thick skin. They still love you, but they don’t know who you are.”

“Every behavior has a reason behind it. Sometimes it’s triggered, but behaviors a person does on a consistent basis is a routine they used to do,” Holmes said. A person who is trying to open doors and may go wandering may be trying to find their way to their childhood home. A person gathering seemingly random items every day at the same time may be trying to prepare dinner.

The middle stage is where loved ones typically start having a wide range of emotions because the changes become so drastic but the person still seems to have so much energy. They may also seem fairly healthy otherwise, but something like the flu or pneumonia could cause a very quick, drastic decline, Holmes said.

Full-time care is very important at middle and later stages, to make sure that the person is getting proper support. It’s also important for loved ones and family caregivers to make sure they are taking care of themselves so that they can be fully present when their loved one with Alzheimer’s needs them.

A person with Alzheimer’s may not always make it to the late middle stage, but when they do, it can be difficult for loved ones.

By this time, a person with Alzheimer’s disease can no longer recognize members of their immediate family. They might mistake a granddaughter for a sister or cousin, and they might ask about their own parents or other relatives who passed decades ago.

Illnesses like flu or pneumonia are an even higher risk for people in this stage, and they may not survive them.

“At this point, people begin to accept that this is more than likely the end of their loved one’s lifespan so they can be prepared,” Holmes said.

People with late-stage Alzheimer’s require full-time care for every aspect of life and are most likely in a care facility, perhaps even hospice.

The person is likely bedridden, unable to speak and may not be able to even smile or hold up their head.

“They probably have a feeding tube. They can’t see themselves, and at this point, they may have a blank stare,” Holmes said.

This stage may only last a few months or weeks before a person passes away.

REAL Services is the only organization helping local people with Alzheimer’s and dementia and their families with their day-to-day needs. Do you need help? Call REAL Services at 574-233-8205. REAL Services & Home Comfort Experts are All In For Alzheimer’s.