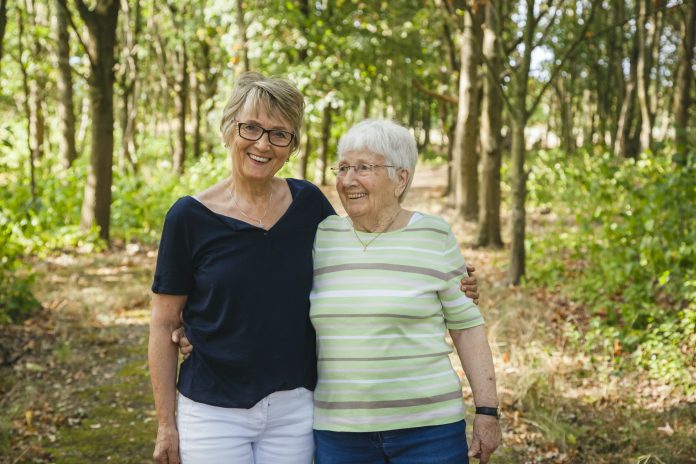 Alzheimer’s and Dementia Services of Northern Indiana will host its 31st annual “Stand By Me” walk from 9 a.m. to noon on Saturday, June 5, at Howard Park, 219 S. St. Louis Blvd., South Bend.

The event is a 1.5 mile walk that begins and ends in Howard Park, but it follows a route through the downtown South Bend small-business sector. Angel Baginske, the director of Alzheimer’s and Dementia Services of Northern Indiana, says this is in an effort to show support for local businesses and remind them that the nonprofit is here for them, too.

“The walk is where we can get our caregivers together and join in a little fellowship,” she says. “It’s a great way to reinforce the reason that we’re here in the community.”

The walk was originally created as a fundraiser to support the programs that Alzheimer’s and Dementia Services of Northern Indiana hosts. It’s the major fundraising program that the nonprofit does every year, according to Baginske. Donations from the walk go toward the programs the nonprofit offers, which give free resources to caregivers of individuals with Alzheimer’s and dementia.

There’s a major need for Alzheimer and dementia services in our area, according to Baginske. In 2019, the organization served about 6,800 caregivers in our area, but there are 33,000 in St. Joseph County alone.

“So many caregivers don’t know our service is here,” Baginske says. “Our goal is to really get our name out there to folks and make them aware that we’re here for them with free resources.”

Alzheimer’s and Dementia Services of Northern Indiana has been around since 1982, when they were founded by community members who were looking for support and resources for their spouses who had Alzheimer’s disease, according to Baginske.

“They really couldn’t find anything in the area,” she says. “They were struggling, and they said: ‘Well, if we’re struggling obviously there are other people who are struggling.’ So they banded together into what’s now Alzheimer’s and Dementia Services of Northern Indiana.”

Baginske explains that the role of the nonprofit is to offer completely free services to any caregiver or person living with dementia in the communities they serve to offer them things like support groups and education opportunities. In 2013, they became a division of REAL Services in order to better serve the community.

“We’ve added so many things to our original goal in 1982,” she says. “There’s so many more things you can do for your loved one if you have the proper knowledge and the guidance, and that’s what we’re here to do.”

The nonprofit also takes part in the Dementia Friends movement, which is a global initiative that seeks to change the way people think about and interact with people with dementia and Alzheimer’s disease.

“We want to make sure communities, not just caregivers, have access to resources to understand what dementia is and how to recognize and respond to it without being afraid of it,” Baginske says. “People like grocery store clerks and fast food employees, those who may not have someone in their life with dementia, but are people they may interact with.”

Registration for the June 5 walk begins at 8:30 a.m. and the walk will begin at 9 a.m. Street parking will be available as well as the parking lot at Zion United Church of Christ. The walk will also include a raffle and there will be entertainment for those attending as well as t-shirts for sale.

To register for the event online, or become an event sponsor, visit alzni.org.

Do you or someone you love need help with resources or education to help care for a loved one with Alzheimer’s or dementia? Call Alzheimer’s and Dementia Services of Northern Indiana at 574-232-4121 for help.

How You Can Help Make-A-Wish Provide Life-Changing Experiences