Portions of Indiana saw wind gusts up to and above 60 miles an hour.

Despite this, the National Weather Service says Indiana managed to avoid the worst parts of the storm. Meantime, portions of Kentucky were ripped apart by tornadoes, causing Governor Andy Beshear to declare an emergency.

One person was killed in Arkansas when a roof collapsed at a nursing home. And an Amazon facility in Illinois was destroyed with workers inside. The casualties were unknown as of Saturday morning.

The worst of the power outages in Michiana occurred in southwestern Michigan.

Strong winds with gusts up to 40-50 mph are possible for most places here in Michiana on Saturday. Areas along Lake Michigan could see isolated wind gusts closer to 60 mph. Power outages will be possible throughout the day as strong winds remain in place through the evening hours. This afternoon a few snow showers are possible as well, especially for those in southwest Michigan. Up to a dusting of snow is possible. Temperatures this afternoon will be in the low to mid 30s and continue to fall into Sunday morning, finally dropping near 28 degrees. With breezy winds, feel like temperatures will be in the teens. Luckily we will see some sunshine this weekend, later today and most of tomorrow. Rain chances will return to the forecast by next Tuesday evening, giving us a chance to dry out from the rain received last night. 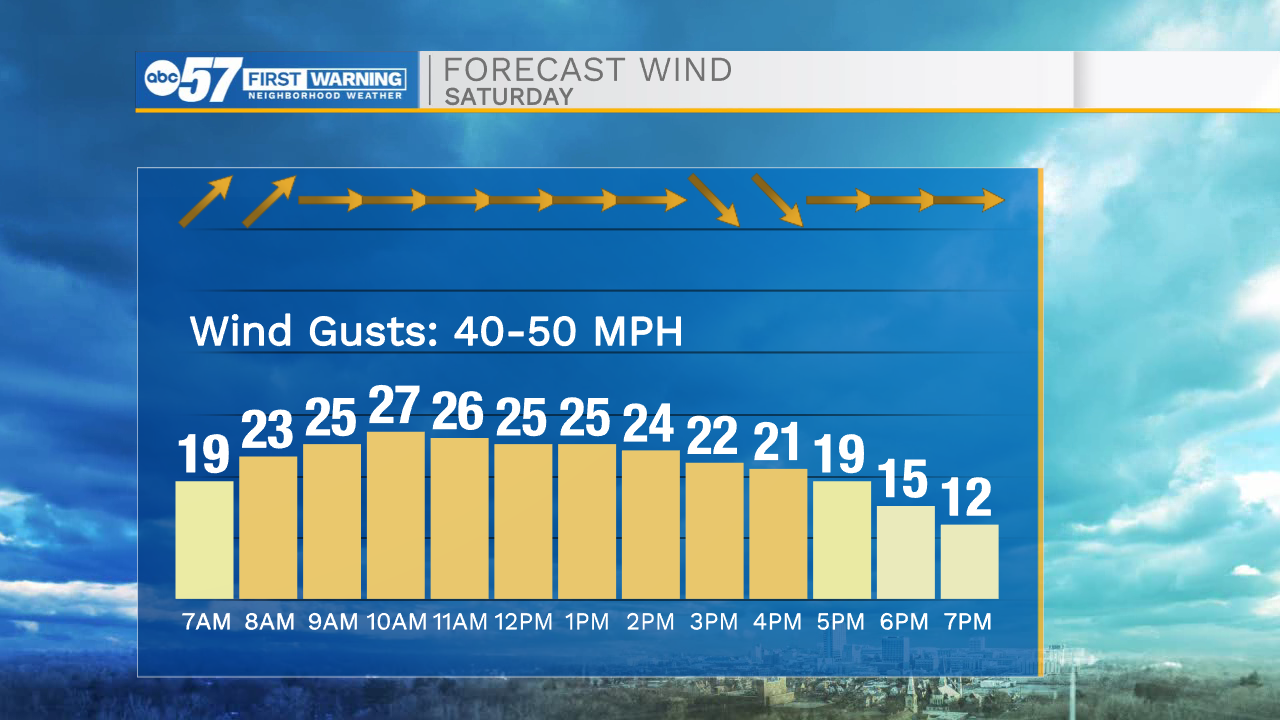