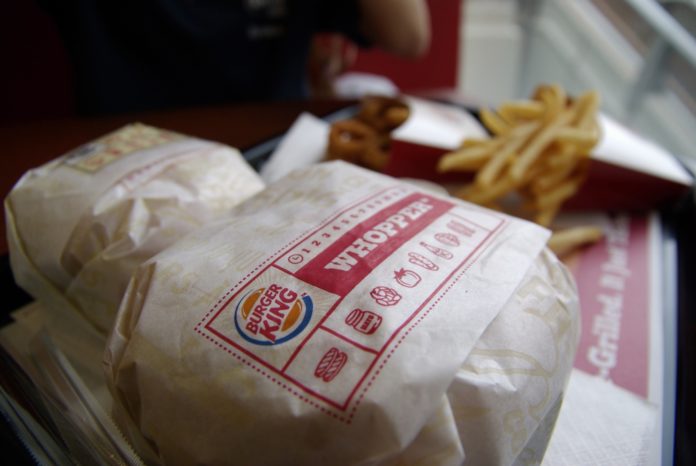 WARREN, Mich. (AP) — The mayor of Warren says police are investigating how several cases of Whopper hamburgers disappeared from the back of a delivery truck.

The Detroit Free Press reports the incident began Thursday night when a semitrailer driver tried to deliver cases of the burgers to a food distribution center. The driver had to wait several hours to make the delivery and fell asleep, waking at 2 a.m. and noticing the truck’s shipping seal was broken and a few boxes of the burgers were missing.

The driver went back to sleep after securing the truck with a padlock. By the time he awoke at 8:30 a.m., 33 cases were taken.

Mayor Jim Fouts called the incident “a whopper of a theft.” He says it wasn’t clear how many burgers were in each case.