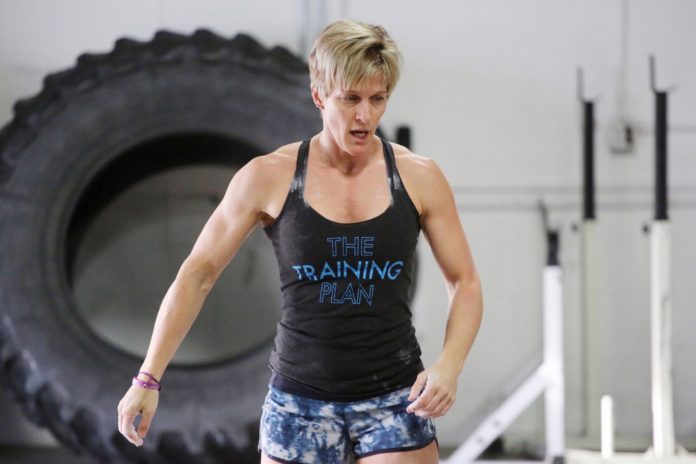 ELKHART — An Osceola woman who picked up CrossFit in 2007 is climbing the local and global ranks.

Carole Turnbo, 45, is a trainer at CrossFit Michiana and is ranked 19th globally and second regionally in the CrossFit Open, according to 95.3 MNC’s news partner, The Elkhart Truth.

She is perfecting one of the exercises — the muscle-up — but keeps her father’s memory on her wrist, in her mind and in her heart each time she steps under the rings.

Turnbo’s father died in October 2014 after a battle with Alzheimer’s — a battle she told The Elkhart Truth she just doesn’t plan to fight due to her healthy lifestyle.

Successfully completing the muscle-up was the first step toward making it to the CrossFit nationals in July, where the top 20 in each age group compete, according to The Elkhart Truth.

Learn more about how Turnbo keeps her father’s memory alive and visualizes her success, and get a glimpse into her diet (she eats two breakfasts) in the full story from The Elkhart Truth.