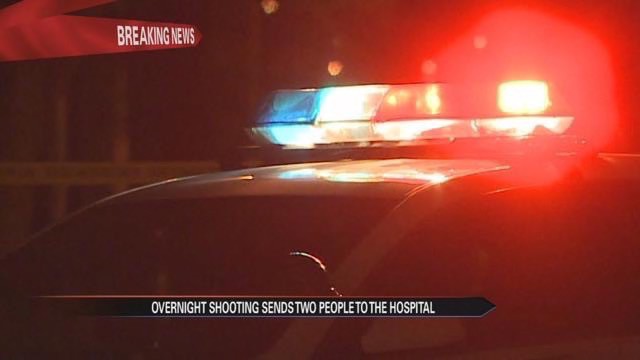 Police were called to the the area of Harrison and Van Buren Streets around 12:45 a.m. according to 95.3 MNC’s reporting partners at ABC 57.

When officers arrived, they found two victims shot in the back.

“At this point we don’t know the motive behind that. We do know that we have two female victims that are at the hospital with non-life threatening injuries,” said Martin Mullins, South Bend Police Sergeant, as reported by ABC 57.

The two girls shot were in a vehicle on Harrison Street when another vehicle pulled up from behind and began shooting.

Four passengers and a male driver were in the vehicle that was shot at, according to WSBT.

The victims’ car crashed into a parked truck after the shots were fired, WSBT reported.

Two other female passengers were injured in the crash. In all, four girls, ages 12 to 14, were taken to the hospital, WSBT reported.

Police describe the suspect’s car as a dark-colored SUV. No arrests have been made.