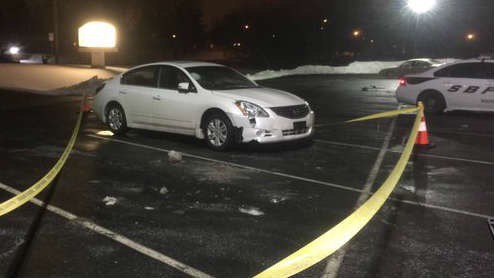 Police are asking for the public’s help in identifying a man who was seriously injured when he was hit by a car in South Bend on Tuesday night, Feb. 16.

The man was hit by a white passenger car at 7:25 p.m. in the 2600 block of Bendix Drive, according to South Bend Police Department.

The man was taken to the hospital with serious injuries, according to our news partners ABC 57. He’s in critical condition.

Police haven’t been able to identify the man. He’s described as a black man in his early to mid 20s, 6 feet tall, weighing 160 pounds. He has a light complexion with freckles, reddish brown hair and facial hair. He was wearing all black clothing at the time of the crash.

Anyone with information about who the pedestrian could be is asked to call South Bend Police at 574-235-9201.